With so many different creative minds under one roof, we all organize our work in different ways. We recently spoke with Marissa Pearson, an administrative assistant who helps keep things running smoothly, about her workspaces at home and at the office.

At Payette, we have an open office plan with similar setups for everyone, including our Principals! This setup facilitates communication, collaboration and a culture of learning. We can make our workstations mobile – moving to a new station is seamless with rolling filing cabinets (many equipped with cushion tops to make a quick stool), and the same resources are available at each station. Of course, over the past year, we now all have two desks: one at the office and one at home. 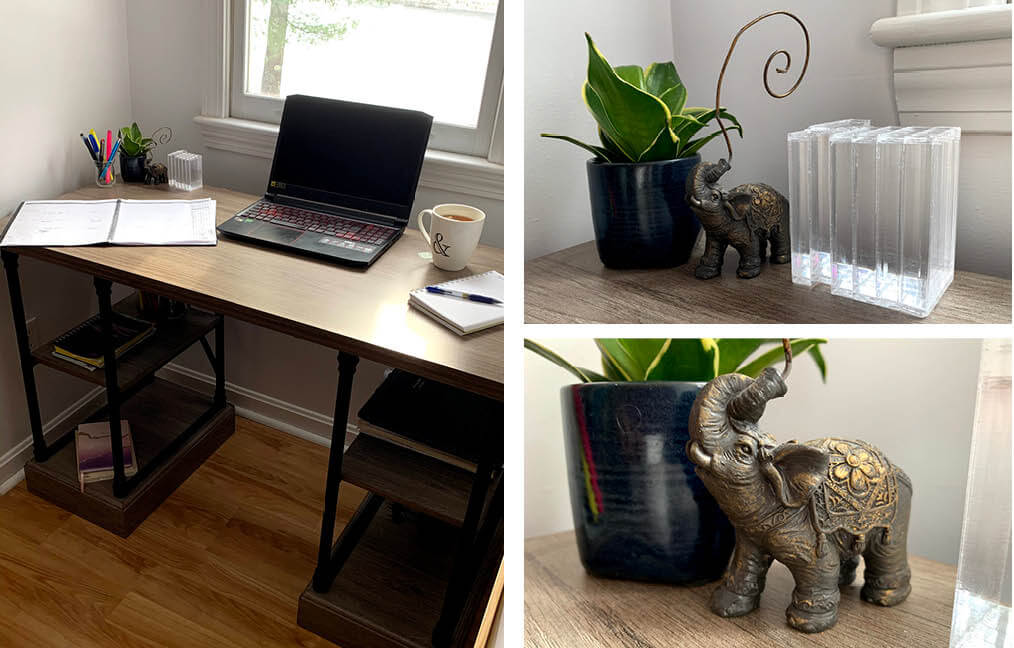 Marissa keeps a very neat and organized desk, both at home and at the office. When we transitioned to working from home, one of the challenges she faced was purchasing a desk. It took six months before she found something that fit her space and had the basic features she wanted. And while it did not necessarily fit her style, she has grown to like it and says it was a great purchase. Up until September, she moved from place to place in her house to work, depending on the day. 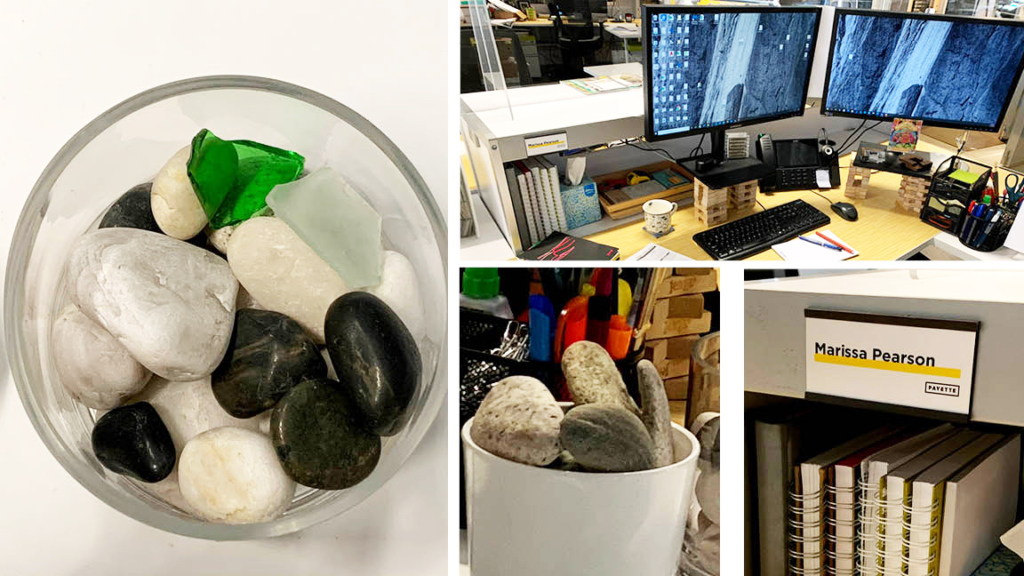 She brought a few items home from the office to keep on her desk. First is an elephant figurine, which she bought at a yard sale for twenty-five cents. Marissa loves elephants, and for her they represent peace, gentleness and positive energy. She also keeps a succulent plant given to her by a friend, in a pot that is navy blue in color. Blue is a recurring theme on both of her desks because it is her favorite color. She also keeps a model remnant from the Payette model shop because she finds the shape and translucency of the object intriguing. The objects she keeps on her desk are of similar size and scale, and fit the size and scale of her desk. 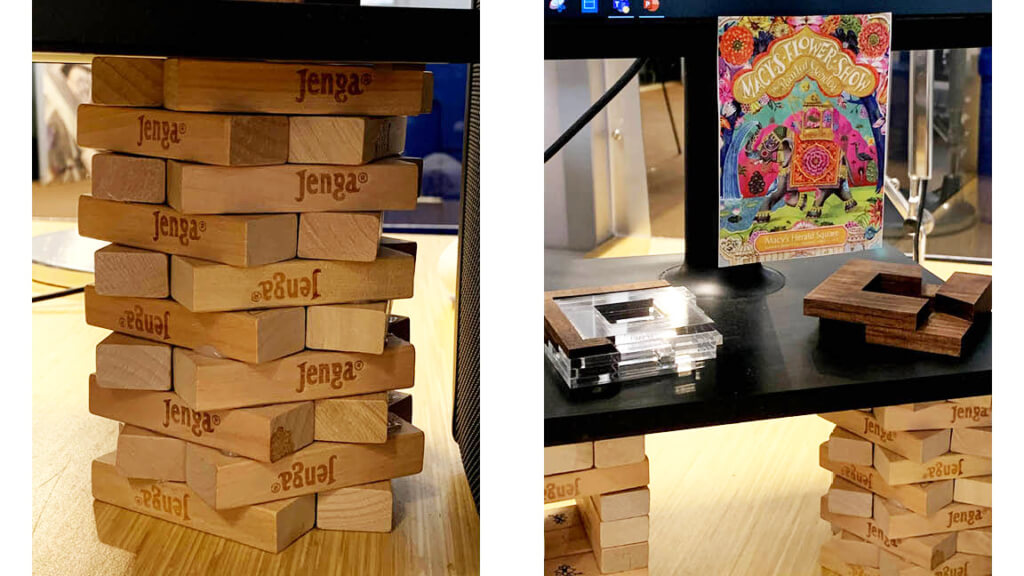 Marissa’s desk at the office is also clutter-free, which makes her easy to find! Like many of us, she brought things home from the office when it became clear that working from home was going to be more than the few weeks we all somewhat naively thought it would be. One things she left at the office was the collection of small rocks she has picked up in her travels, whether at the beach or elsewhere. These live in a small glass vase on her desk, a reminder of places that mean something to her. Marissa has also picked up the habit of many architects of collecting notebooks. Most are past Payette Sketchbooks, which she likes to keep handy. She also has one of the more unique monitor stands seen around the office – Jenga blocks that she glued together herself. She glued them together in a random pattern, leaving gaps so she can tuck things like pens and small post-its into the nooks and crannies.