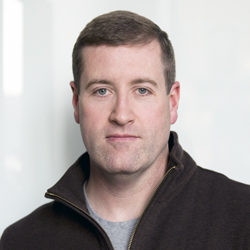 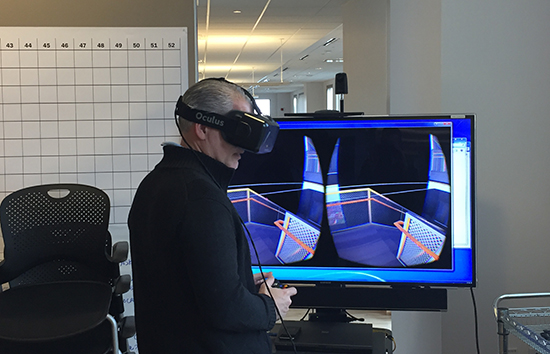 Virtual reality is becoming a possibility outside the gaming world. We recently brought a demonstration unit to the office, which allowed users to view an architectural building model and a medical operating room in virtual reality. It was great being able to view our project types in that medium. With the surge of new hardware available for VR – Microsoft HoloLens, Oculus Rift, Gear VR, HTC Vive and Google Cardboard, it’s exciting to see virtual reality in use outside of just the gaming world and gaining traction beyond the initial novelty of it all. 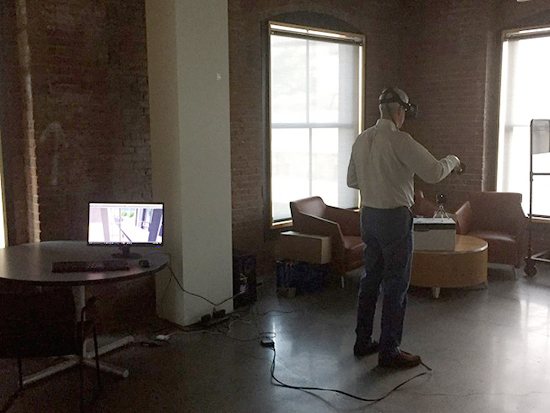 This week we acquired an HTC Vive headset and the 3D yeam is training in the Unity application that will enable the firm to convert Revit, 3Ds Max, SketchUp, Rhino and other 3D models into virtual reality viewed models … this appears to be an exciting new tool in architectural and interior design exploration. 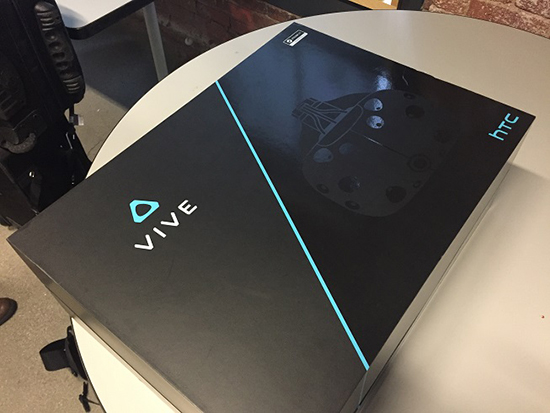 Over the next few weeks the 3D team will be training more and experimenting with different models and hardware to get familiar with the process. They’re also testing a couple of other exciting applications like Twinmotion, Autodesk’s Project Expo built on StingRay and LumenRT, all of which can also import, edit and then output to VR formats to be viewed either on headsets or as standalone, 3D viewers. 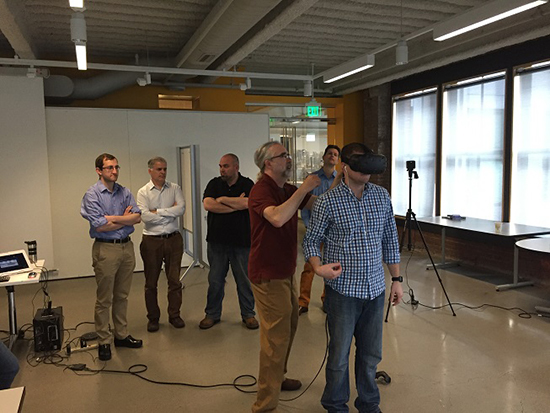 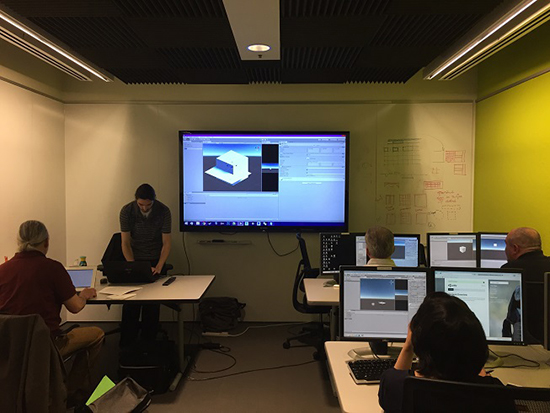 Are you considering how to incorporate virtual reality into your practice? How might it change how you design and communicate your ideas?