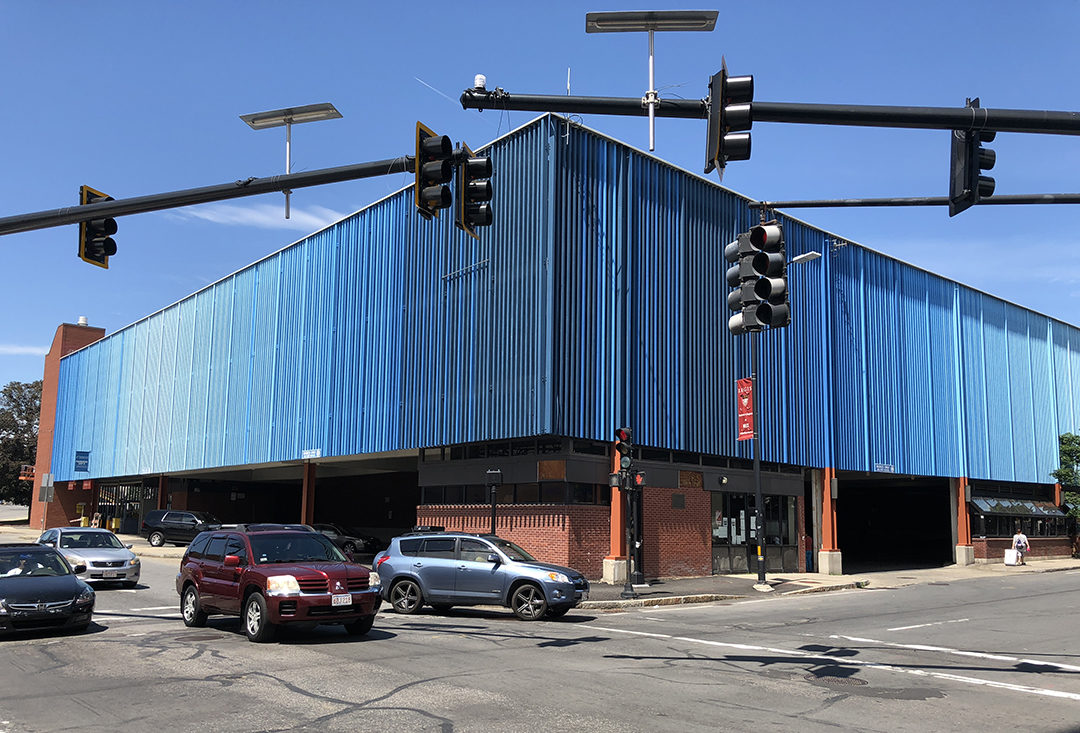 Working with MassDevelopment, City of Lawrence and Partnership for Buckley, the campaign to transform the prominently located Buckley Transportation Center into a public art landmark for downtown Lawrence, Massachusetts is underway!

The first step of the transformation is complete, as the cold, unwelcoming grey paint has been replaced with a vivid blue façade. This is just one of the three main components to rebrand the city building and enliven the street. The color distribution, mapped out by Luke Laverty, is intended to animate the building, drawing the eyes to the prominent corner at a major intersection where the color becomes most saturated.

The next step is to repair and improve the ground floor and bus waiting area facade to create a more comfortable and welcoming environment for those utilizing the center and accompanying amenities. We have proposed a scrim of metal mesh with integrated signage to direct focus again on the important city corner. The third portion of the work will be done by Elevated Thought, a local community arts group, and will involve a mural applied over the brick exterior stair and blue walls.

The design has been a collaborative effort with our group at Payette, the Lawrence community and city organizations. We expect the work will be completed this summer and we’re look forward to seeing the transformation from a drab bus depot to a local landmark representing the emerging vitality of the city of Lawrence!