“I’m not here because I’m female. I’m here because I’m qualified,” became a refrain following a screening of Sista in the Brotherhood at BSA Space. Sista is a short film about a black tradeswoman who faces discrimination on a new job site and must choose between making a stand or keeping her job.

The BSA screening of Sista in the Brotherhood drew a diverse crowd. The event, a collaboration of BosNOMA, Open Architecture Collaborative, the BSA Equity Roundtable, The Policy Group on Tradeswomen’s Issues and the Boston building trades unions, co-sponsored by Perkins+Will and ARC/Architectural Resources Cambridge, brought in audiences who represent architecture, engineering, and construction firms as well as tradespeople throughout the industry. 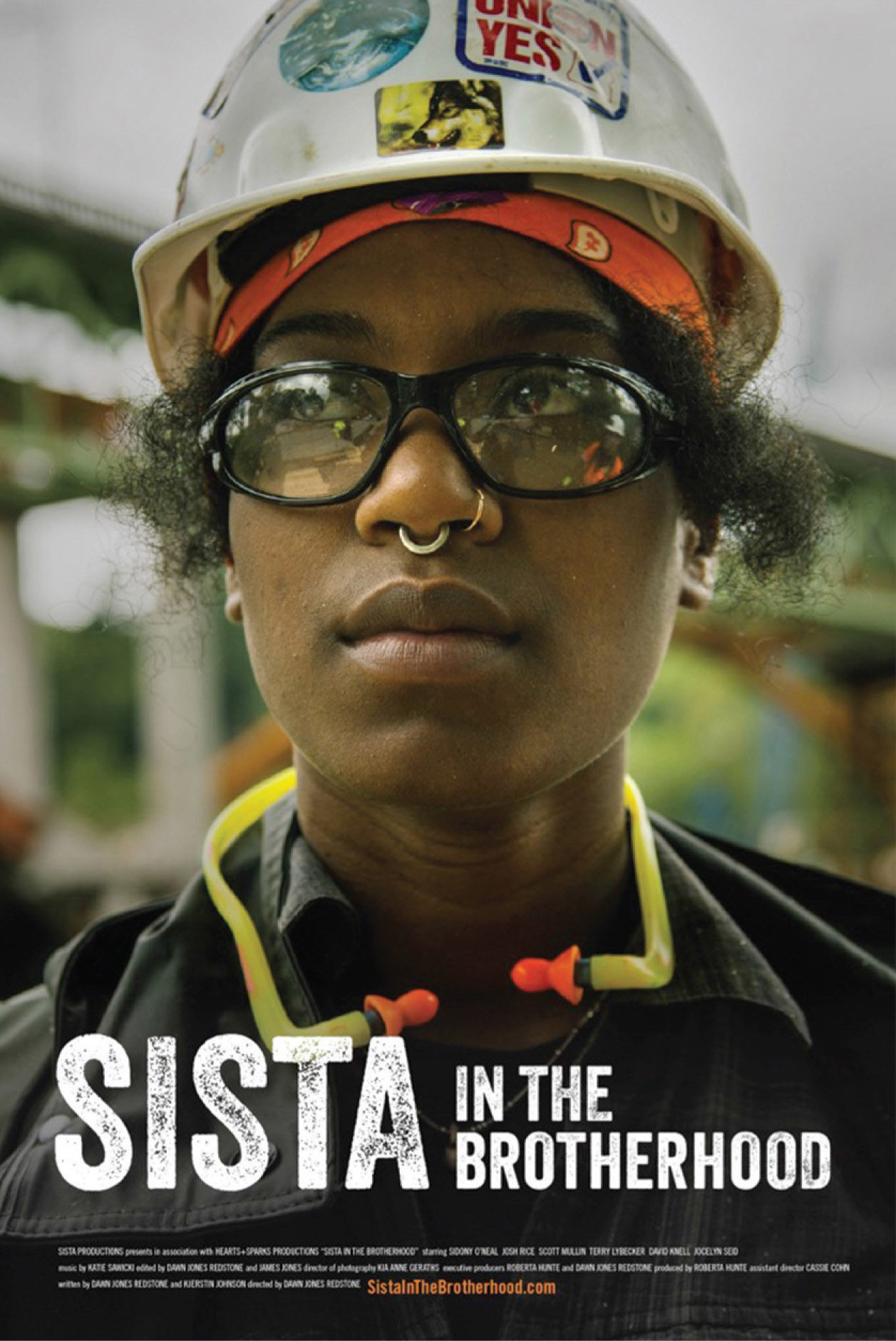 A panel discussion followed the recent screening of the film. The panel featured women representing different facets of the industry:

Susan Moir deftly led the discussion, having asked the panelists to refrain from previewing the film so as to share their first reactions. She asked them each in turn, “How do you feel?” The women were honest that the discrimination depicted in the film felt very real and shared many of their own experiences. Moir, a former tradeswoman, now the director of research at the Labor Resource Center, said of the film, “It’s like everything you have to put up with [in a year happens] in one morning. It’s like a punch in the gut.” Panelists Shamaiah Turner and Michelle Wright both shared their experiences of proving themselves on day one of each new job. Wright talked about working on the Windsor Girls’ School and the commitment on that site to employing a number of tradeswomen. “It was the first time I was happy to wait for the bathroom,” Wright said. Wright’s story highlighted how importance it is to have more than one—more than one woman or person of color on the job site or with a seat at the table. There’s often a critical mass in bringing women or people of color in to workplace. This critical mass helps shift the tide and normalizes their presence—reinforcing their qualifications. It’s harder to question the qualifications of women when they saturate the job.

The Policy Group on Tradeswomen’s Issues is working toward shifting that tide. They have helped triple the number of female apprentices in the state since 2012. They are working toward 20 percent women in the trades by 2020. As Moir shared these statistics and goals, the discussion shifted toward education and information dissemination. Education needs to happen at two key points: for those working on site and to the general public about the opportunities for women in the trades. There needs to be education for those working on job sites about what is and is not acceptable behavior. Janet Butler of Federal Concrete stated she plans to show Sista at her next Supers meeting. Lauren Perdue, who leads HR for Shepley Bulfinch, addressed the need for training on all sides—for those being singled out as well as those who are discriminating on the job site. A number of others spoke up about places to screen the film and what kinds of conversations can happen in conjunction with those screenings. The focal point of education is to make young women and people of color aware of the lucrative careers open to them in the trades. The conversation covered a number of places where tradeswomen could reach students. Many young girls do not even realize there is work for them in the trades.

In addition to breaking down barriers and developing a pipeline to bring more women into the trades, the discussion also touched on what architects can do. When architects work closely with the client on hiring subcontractors, that’s a place to advocate for contractors who hire women and people of color. Raising the urgency of supporting a pipeline that hires women and people of color early in the project process can shift the makeup of job sites over time.

As the discussion wrapped up, a number of people mentioned how the film and ensuing conversation opened their eyes to the real and ongoing discrimination faced by women on the job site. Members of the audience shared places to screen the film in the future and shared efforts already in place to educate young girls and women about the opportunities in the trades. This event brought together people throughout the building industry and has sparked discussion and inspiration to keep sharing the story of the film and its push to change how we work.

The film was inspired by the doctoral thesis of co-executive producer, Dr. Roberta Hunte and partly based on the experience of Latina director Dawn Jones Redstone’s experience as a union carpenter/longtime tradeswomen instructor at Oregon Tradeswomen. The original script was written by Dawn Jones Redstone and Kjerstin Johnson. Sista was made with an almost-all female crew, including 50 percent women of color.

Resources
Building Pathways Inc
Pre-apprenticeship—intensive 6-weeks training to prepare women and people of color for successful careers in the trades.
Find the organization on Facebook and Twitter.

Build a Life That Works
Broad state-wide marketing campaign to encourage more women to apply to union trades
Find the organization on Facebook and Twitter.

Policy Group on Tradeswomen’s Issues
A group of over 75 industry stakeholders that meets bi-monthly to crush the barriers to women in the union construction industry.
Find the group on Facebook and Twitter.