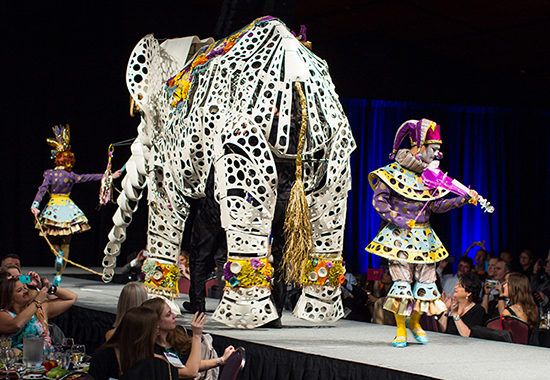 Just a few more days remain to see Pearl on display in the lobby of our building – Atlantic Wharf, 290 Congress Street. Later this month Pearl and all the other costumes from the IIDA New England Fashion Show will be on display at the Boston Design Center. As a preview of some of our key costumes, today we’re looking at the details of the circus master and jester who accompanied Pearl down the runway.

Leading Pearl the Elephant onstage was our circus master and jester. Despite limited rehearsal time, the energy of the audience and the perfectly timed music made their debut a breeze. But long before their appearance, a busy team worked hard on their runway attire which needed to have both exquisite form and high functionality. The initial designs were based on vintage circus costumes. Our talented seamstress Deb kept busy on weekends making patterns, sewing mock-ups and producing the final pieces. A big challenge was working with upholstery fabric, which does not stretch or move like clothing fabric. Our team had to be clever about creating extra tolerance in the joints so that our models could move gracefully on stage, while still maintaining the fitted look of jackets and leotards.

The fabrics selected were upholstery fabric from Unika Vaev and Robert Allen, and shade material from Lutron. Selection was guided by our whimsical circus theme. First the team identified a palette of purple and gold, accented by orange and turquoise. Fabrics were then chosen for variation in pattern and texture, including circles and stripes, felts and sheers. The circus master skirt was built of several layers of fabrics and materials that differed in color, shape and texture.

Our team felt strongly about creating a unified fashion “look” and strove to incorporate similar materials connecting the jester, circus master and elephant blanket. For example, we added fabric flowers to accent sleeves and lapels as a tie back to the elephant blanket.

While the elephant held the lion’s share of vinyl flooring (from Johnsonite), our models were also adorned with flooring fashion. The pieces were made by starting with paper mockups, which were measured and cut on our models. These were translated into CAD, and sent to the Johsonite factory for cutting. The design didn’t end there – extra effort had to go into padding and the protecting the models from the hard, heavy vinyl (which is not normally considered a wearable!)

The body of the jester’s hat was created out of the same upholstery materials as the clothing. The team then added a Lumicor crown and ornamental balls made from strips of Lumicor.

The circus master’s hat started as a paper template that was further refined in Sketchup. Two team members – Hilary and Rashad – envisioned a petite and playful hat that was a stunning showpiece. After experimenting with different materials, they found Lumicor curled nicely after being laser cut, which gave them the whimsical shape they were after. Lumicor did not accept glue very well, so their solution was to sew the hat together via laser cut holes. The crisscrossing stiches added great detail to the edges. The hat was finished with a large bouquet of dried natural and foil materials from Lumicor, giving it height and texture. The natural materials were used to make the circus master’s wand, designed to attract the audience’s attention with big movement and shine. 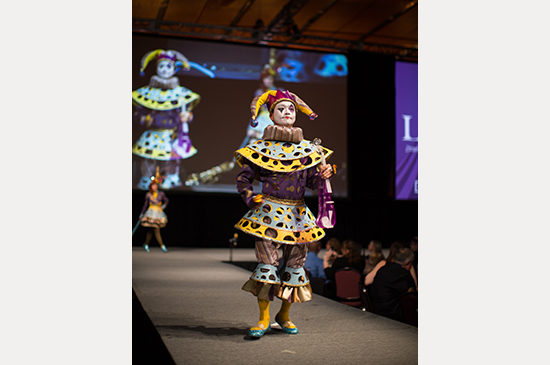 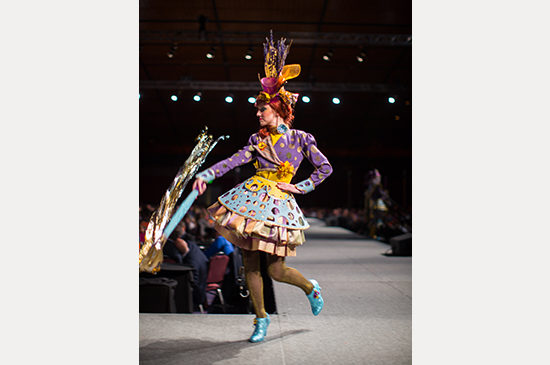 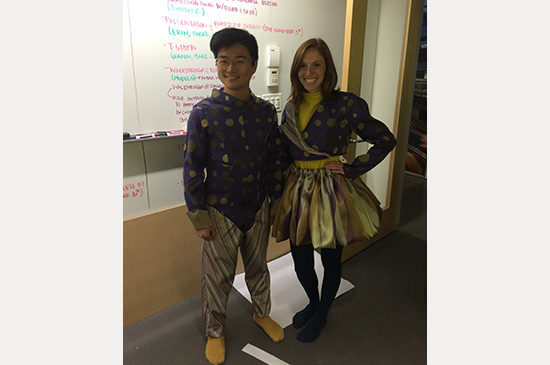 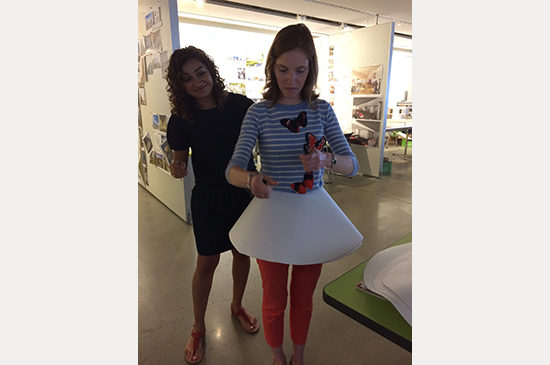 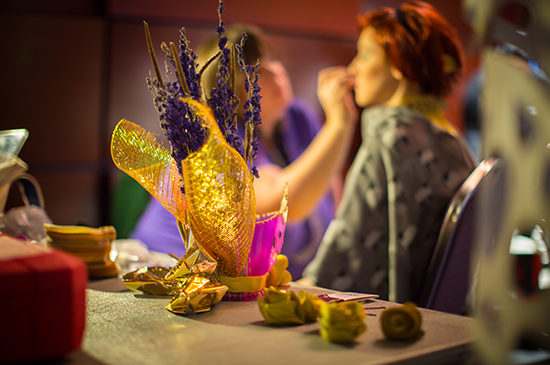 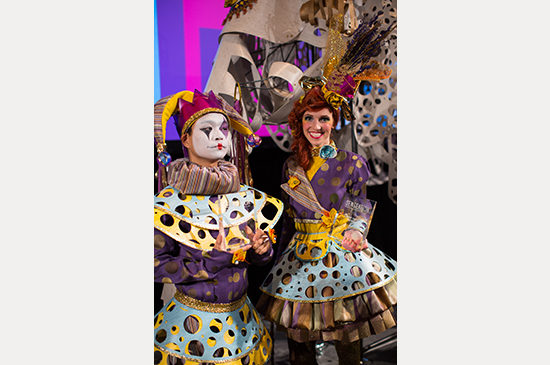