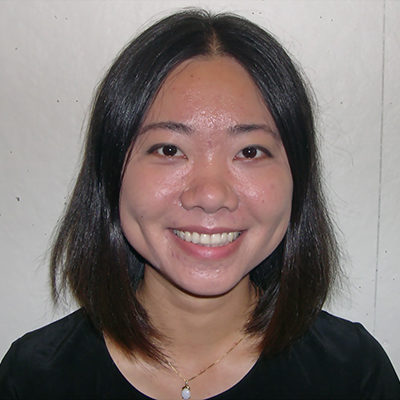 I attended MIT CHIEF, a top innovation / entrepreneurship forum in Boston that has outgrown its initial China focus to become a vital force in promoting general technology literacy, projecting future trends and matching ideas with resources.

I learned more than a few things that I wanted to share with the design field.

There is an Urgent Need for Design Outreach
Granted, the conference wasn’t meant to capture every field, but during my discursive attendance, I was still surprised by the lack of mention of architecture or the built environment. With many of the case studies categorized as hard tech, design took a back seat as something to enhance already impressive technological propositions, like when teams only add a design co-founder to make the product “cuter” in version 2.0.

If design hasn’t been engaged in problem solving, how much have we, as designers, helped in problem finding? Experts on the New Materials Panel touched upon an exciting series of research: a thermal material that can boil surface seawater for desalination, a hyper-slippery surface coating for ketchup bottles and an unlimited array of applications, eco-friendly plastic made from citrus peels used in 3D printing and so on. As they emphasized a hope for such innovations to advance in the value chain from raw material to methods and further, engineered products, I couldn’t help but imagine a scenario where the building industry, which is extremely material intensive, collaborates widely with material science research from Day 1 to address building performance and intelligence. A focus on discrete project cycles and perhaps our own intellectual laziness have often resulted in practicing architects’ turning to off-the-shelf products, which not only limits design outcome but also prevents design insights from influencing research. Building codes and regulations also discourage experimental usage of new materials for buildings of bigger scale.

Don’t Miss the Data Train
Data analytics has helped numerous industries make better, statistics-based decisions. The design industry, as for-profit businesses, shall not shy away from it.

Several data scientists and engineers on the Machine Learning Panel shared their experience working with corporate clients, revealing that the biggest difficulties were never about improving the algorithm, but the lack of (clean) data to begin with. A successful application of data analysis goes through several steps:

Only step 3 involves high tech, or rather, the lower end of high tech, as the very basic predictive analytical models (i.e. logistic regression) are sufficient enough for most applications. The rest of the steps involve leadership, existing corporate databases and a lot collaboration.

Having initiated a public survey on independent competitions a month ago, I am well aware of the challenge in acquiring quality data from public participation. Firms have the advantage in standardizing documentation and encouraging employee input. For instance, if we would like to investigate the efficacy of our RFP process quantitatively, have we been conscious enough in documenting full-spectrum data points for current and future analysis?

(Temporary) Resilience of Design in the face of Artificial Intelligence
A fear loomed over the entire conference, especially unearthed during the Autonomous Driving Panel, that artificial intelligence and robotics will largely displace human labor in the future. By popular belief, such challenge would first occur to low-wage, low-skill industry sectors (see Otto vs. long-distance truck drivers), similar to how automation replaced manual labor in modern manufacturing. However, it was pointed out that AI might outperform even the most cerebral workers, in programming, data science, financial analysis, law, journalism, etc., as machines are trained with large sets of data to acquire near-human intuition. Meanwhile, the audience was reassured in later sessions that such advancements would be machine-driven, but ultimately human-guided.

Design currently remains a field requiring “inspired” decision-making that a human brain triumphs far above a computer, and most startups in the AEC industry aim to provide decision support rather than to takeover (see Flux, Google’s moonshot to automate architectural design as early as 2010 and whose recent activity includes visualizing Austin’s zoning/building codes).

In an increasingly rule-based, data-driven and precise world, human imperfection and artistic license (i.e. moodiness, fuzziness, handicraft, associations) could become a celebrated trademark of creativity reserved for the human mind.

The question becomes: how do we leverage technology to best achieve efficiency and eliminate repetition, AND how do we then focus on the “humanness” of design, such as to incorporate the unpredictability of nature, daylight and play?

Where were All the Women?!!
To my dismay, the conference saw a diverse turnout in the audience, but only one female speaker among 50+ and a couple female co-founders among the 10 finalist teams for the business contest.

There could be several reasons for the lack of presence that women are:

Once again, we could hope that someone someday will help lift the glass ceiling, but it might be easier to break it now ourselves despite a little bit of pain. Otherwise, it would be like missing color in a black / white world.