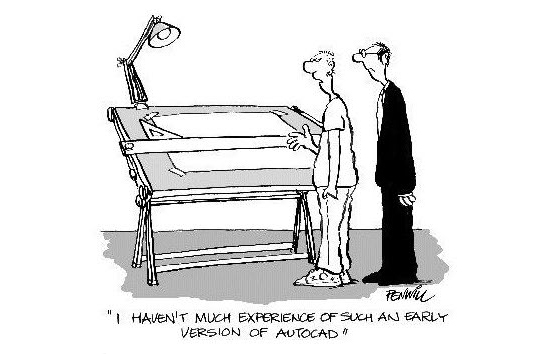 From the earliest know artifact depicting an architectural plan, to drawings generated by modern day BIM [Building Information Modeling] used in architectural firms – there is a common thread that persists: both are representations of a design to be materialized as an actual building. Obviously, the technology is vastly different but the purpose of the drawing is no different. In architecture, it would be impossible to begin construction on a building without a plan for the desired outcome – and this typically comes in the form of a drawing. For centuries, architects have documented their designs by drawing or “drafting” them onto paper with ink or graphite. Only within the past couple of decades that we’ve seen the transition from hand drawing to computer drawing. Clearly, this impacts the profession in a very profound way – and we are practicing in an era in which architects from the “old school” and the “new school” of drawing are interacting in unison. 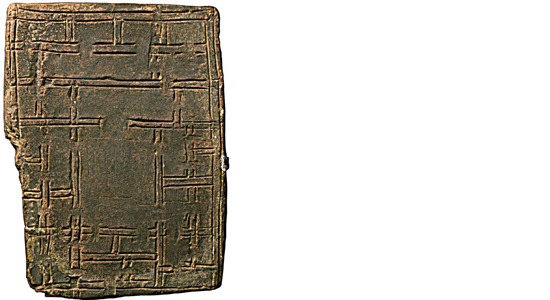 Earliest known architect’s drawing, depicting the ground plan of the palace of Nur Adad in Larsa.
Clay tablet engraving; 1865-1850 BC 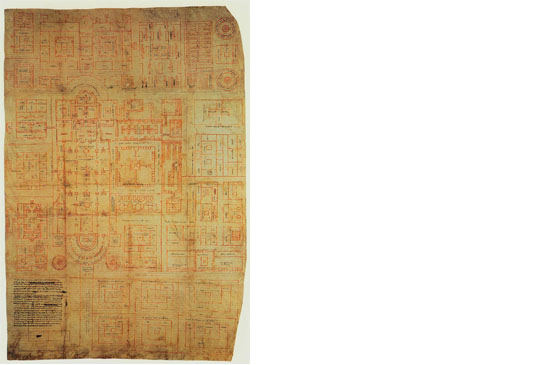 Plan of Saint Gall
This is the only surviving major architectural drawing from the 700-year period between the fall of the Roman Empire and the 13th century.
Ink on parchment; 1092 AD

Types of drawings
There are various types of drawings used to represent an architectural design, and many are scale drawings – drawn at a specific ratio relative to the actual size of the building. Plans, sections, elevations and details are scale orthographic projections that can be used to present an idea to the client or to be used by the contractor for construction. Perspective drawings are not to scale, but are far easier for clients to understand, as they are a representation of the way you will see the actual building. 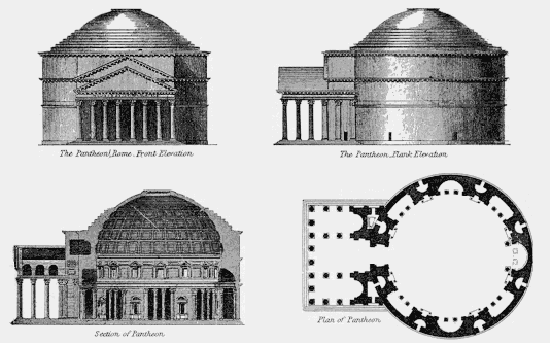 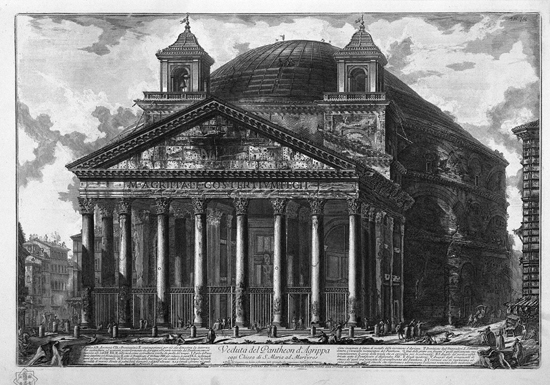 Hand drawn sketches are a way to quickly investigate a design concept. They can be very crude or highly refined, but are a very tactile and human method of transferring thought onto paper. Hand drawing is also a way to capture a “record” of an idea for reference later. 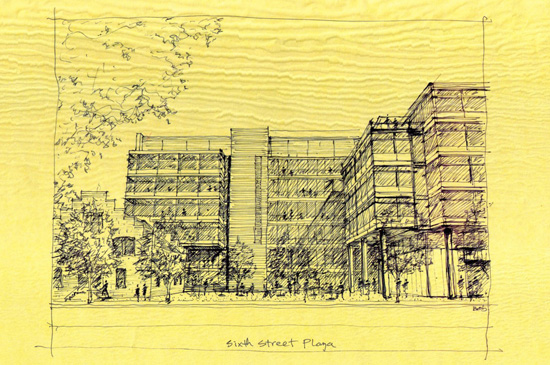 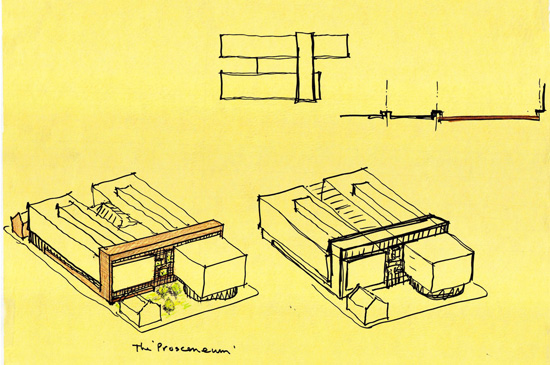 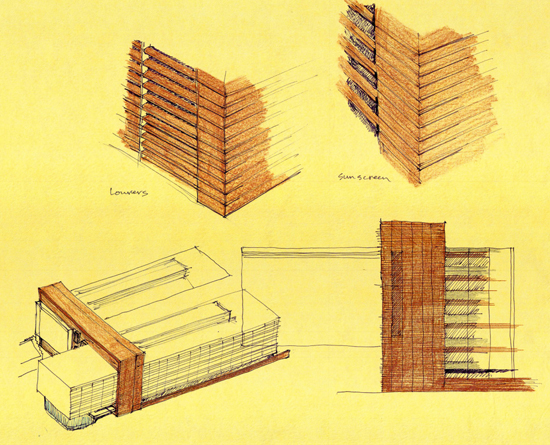 Detail vignette sketches, used to explore a part of a building more closely.

Drawing – a lost art?
Many people would argue that the art of architectural drawing is dead, but it may be more accurate to say that a new birth of “representation” has occurred.

Younger designers and architects who rarely draw by hand: is it lack of training, skill or confidence … or is it simply a by-product of today’s fast-paced digital world? Computer software such as SketchUp allows designers to very quickly study and visualize their concepts in 3D – which makes it a very powerful tool, but chances are that some initial thoughts and designs were scribbled on paper before leaping into the digital realm. Hand drawing is no less important today than it has been in the past, but digital technology has stepped into the forefront of design. There are, however, some new digital products available that are beginning to bridge the gap. For example, an application has been developed for iPad called Trace, by Morpholio, Inc., which allows users to hand sketch directly onto the screen with a stylus – with a conscious attempt at simulating the experience of drawing with an ink pen on yellow or white tracing paper. One can draw onto a blank sheet, or sketch ideas over an existing photograph drawing loaded onto the iPad. 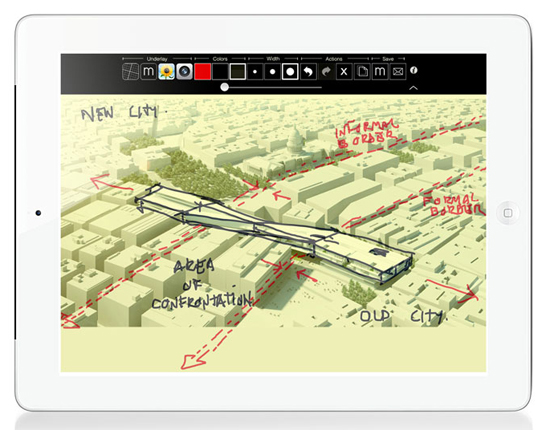 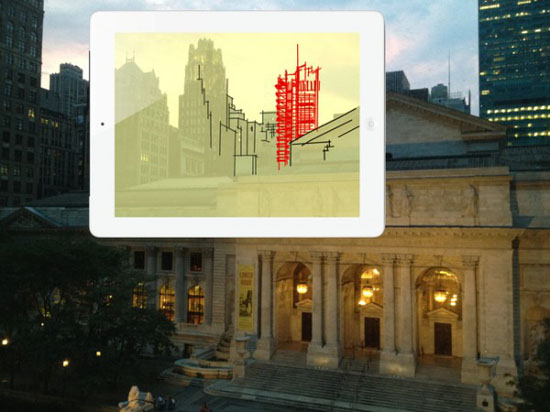 Trace by Morpholio, Inc.
A sketching application developed for iPad

It seems clear that while computer aided design has revolutionized many aspects of an architect’s workflow, we are still human, and thus will always desire to put pen to paper. Using digital tools certainly has improved the way in which building design is organized and documented, but the computer cannot become a complete replacement for the way in which architects conceptualize and communicate their designs. 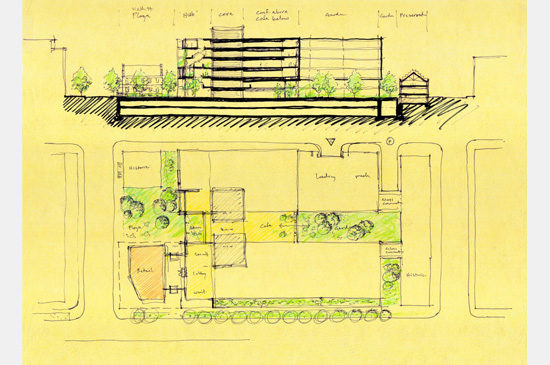 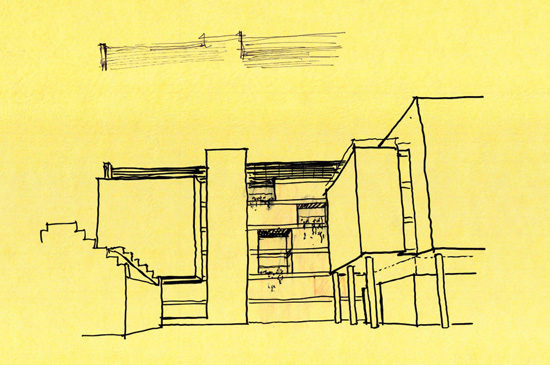 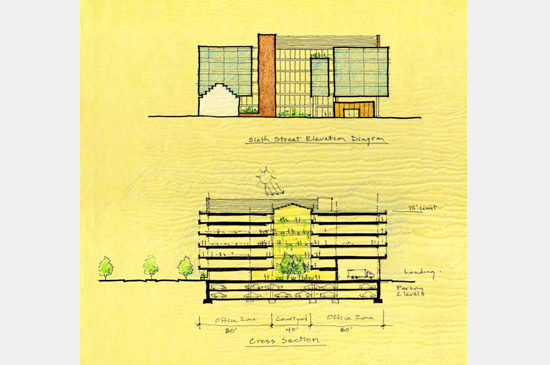 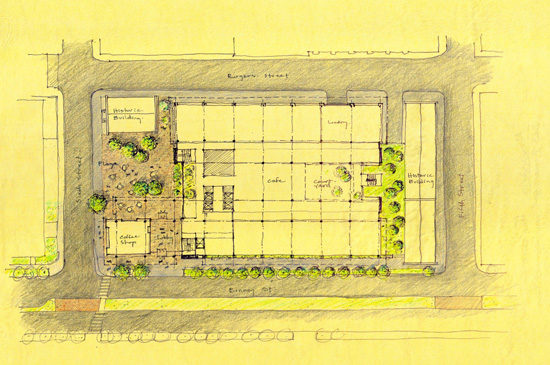 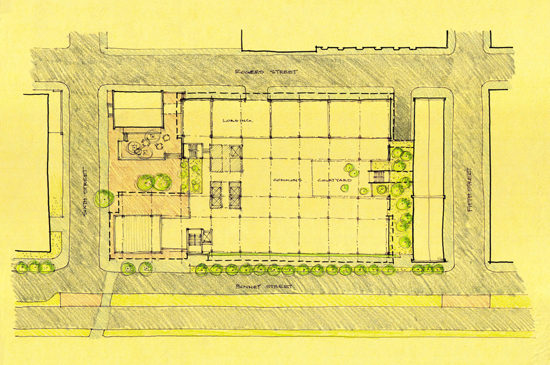 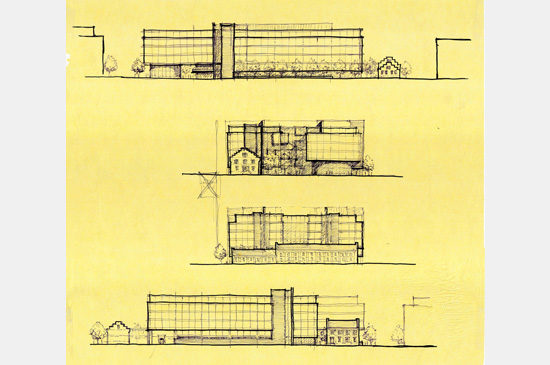 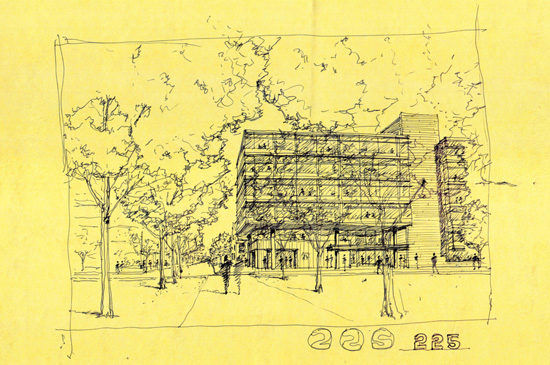 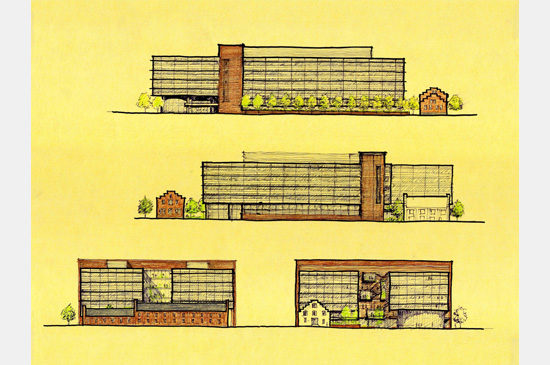 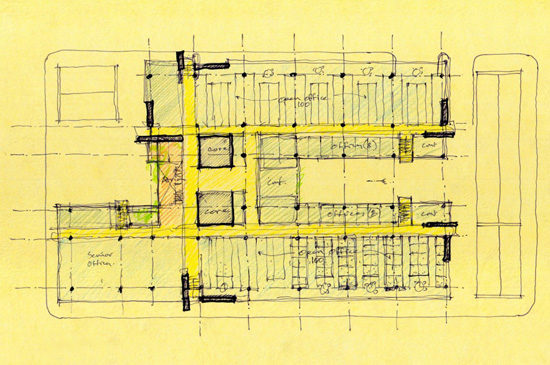 Great article! Hand drawing vs. shiny renders is such a topical issue.

Hand drawing is a gift that can not be ignored. We need to keep doing it.

Hand drawing is essential in effectively putting conceptual ideas on paper in a timely manner to convey to clients or superiors. However, BIM is revolutionizing a lot more than just the way architects draw and will soon (within the next decade I expect) be globally adopted and become more of a requirement than a benefit.

I don’t think many offices these days really use physical paper and pen anymore to do their work – even if it’s artistic and creative work. It’s really a dying art. I mean, for whatever you need to do, it seems like someone has come up with some software to install onto the office system so that you can do things the paperless way.

Being a Structural Engineer I worked with Architects in my early days who are real artists. Your article is nostalgia to me. Thanks for the perspective!