It is that curious time of year when the calendar causes our thoughts to both reflect on and learn from what we have accomplished in the current year, while being inspired and energized by what lies ahead. Design Week is an annual Payette tradition that provides an opportunity for our firm to collectively look at the projects we have worked on during the previous twelve months. This year’s Design Week kick-off presentation was a captivating (and fun) view into how we process, iterate and discover, at every level of design. This is the first of a five-part series based on these presentations about Diagram, Models, Parametrics, Detail and Rendering. A view into the tools and ways in which we approach, understand and tame the complexity of our client’s problems and programs in order to advance our objective of designing buildings that both perform exceptionally and are exceptionally beautiful.

DIAGRAM
presented by: Blake Lam and Michael Mandeville
If we look at what we do through the lens of the food world, perhaps we can think of ourselves as chefs cooking up wonderful, unique, and delicious dishes.  A closer examination of Payette’s palette over this past year reveals the role of the diagram as one of the most versatile and indispensable tools in our culinary arsenal. 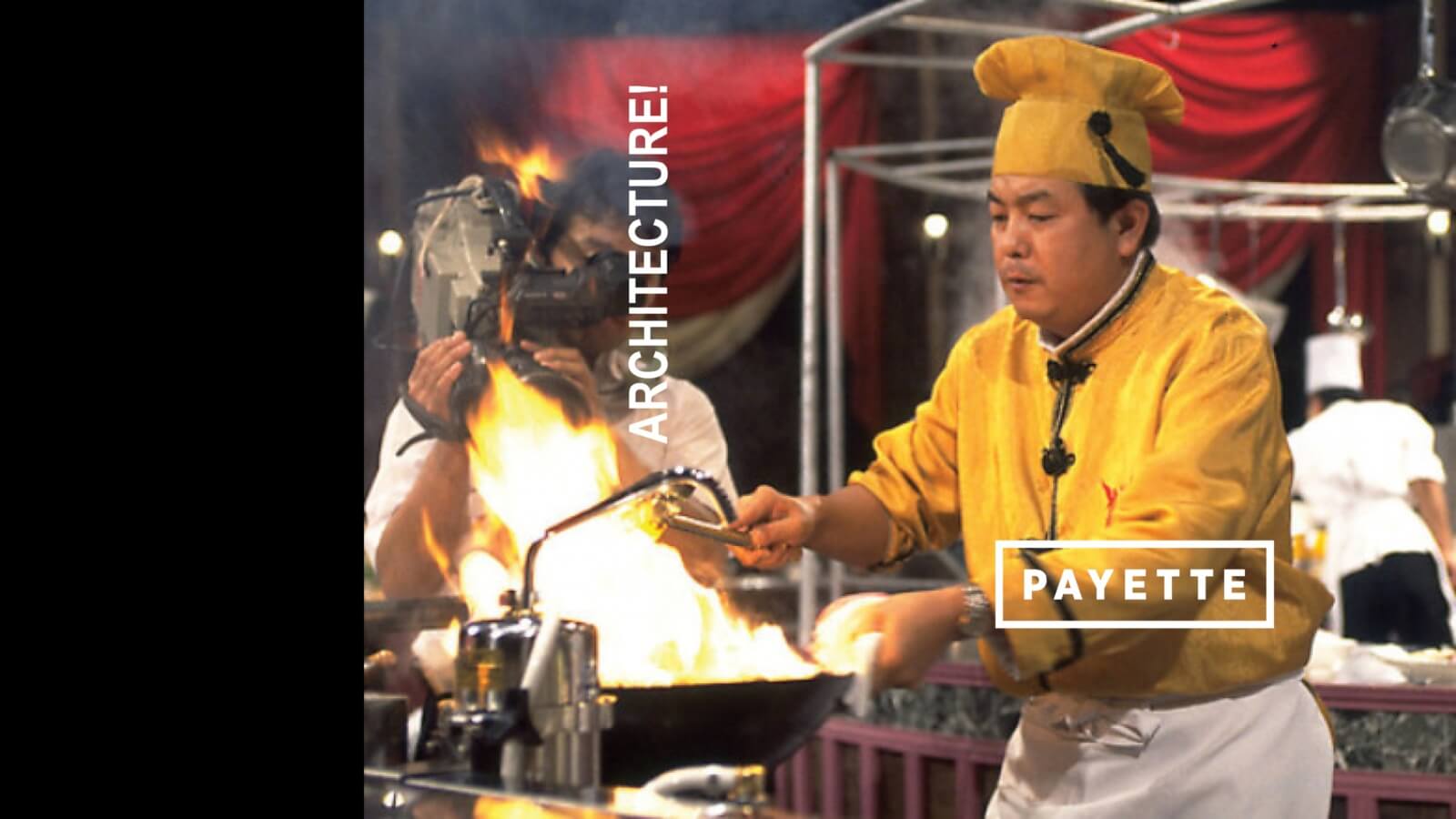 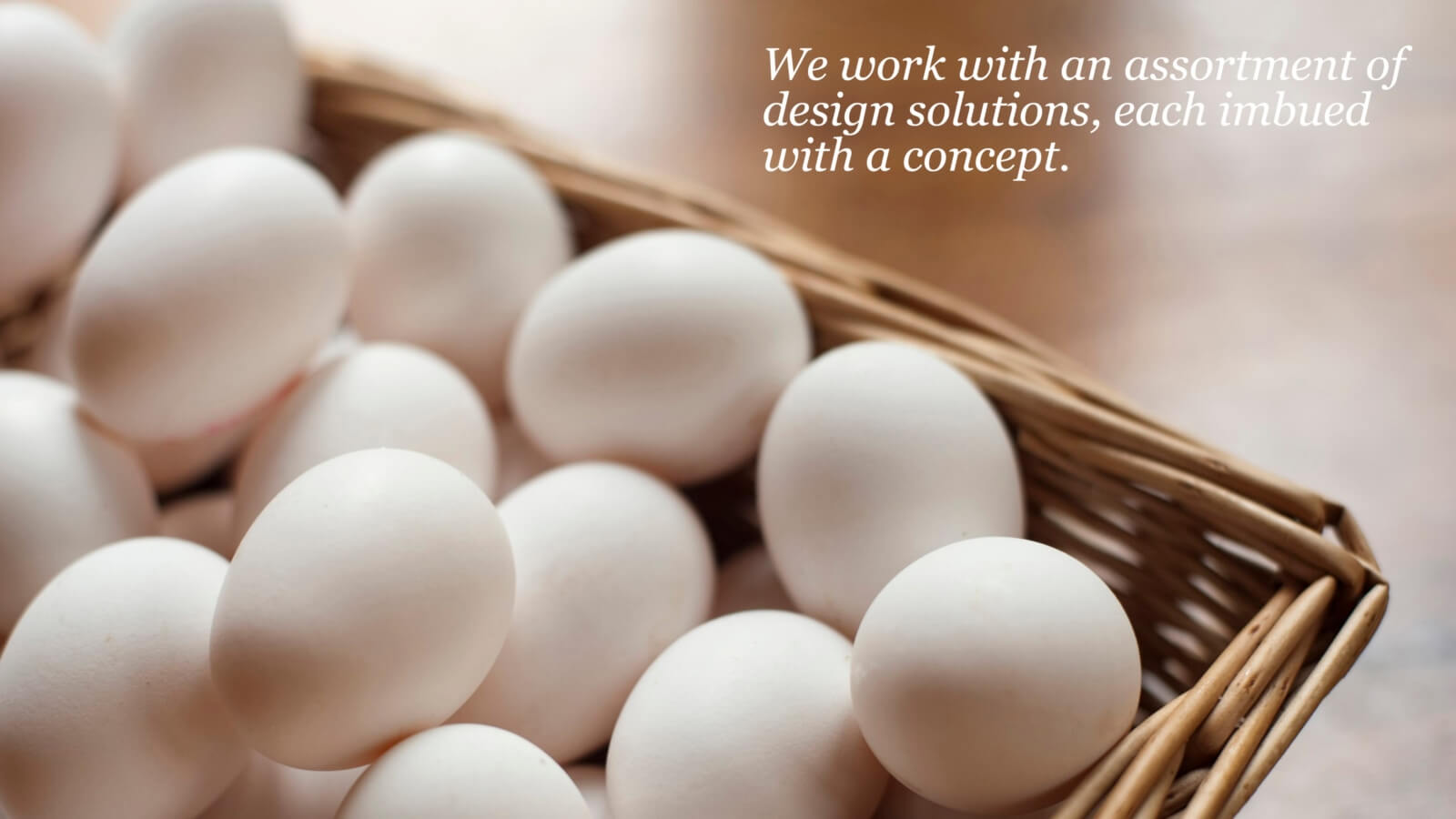 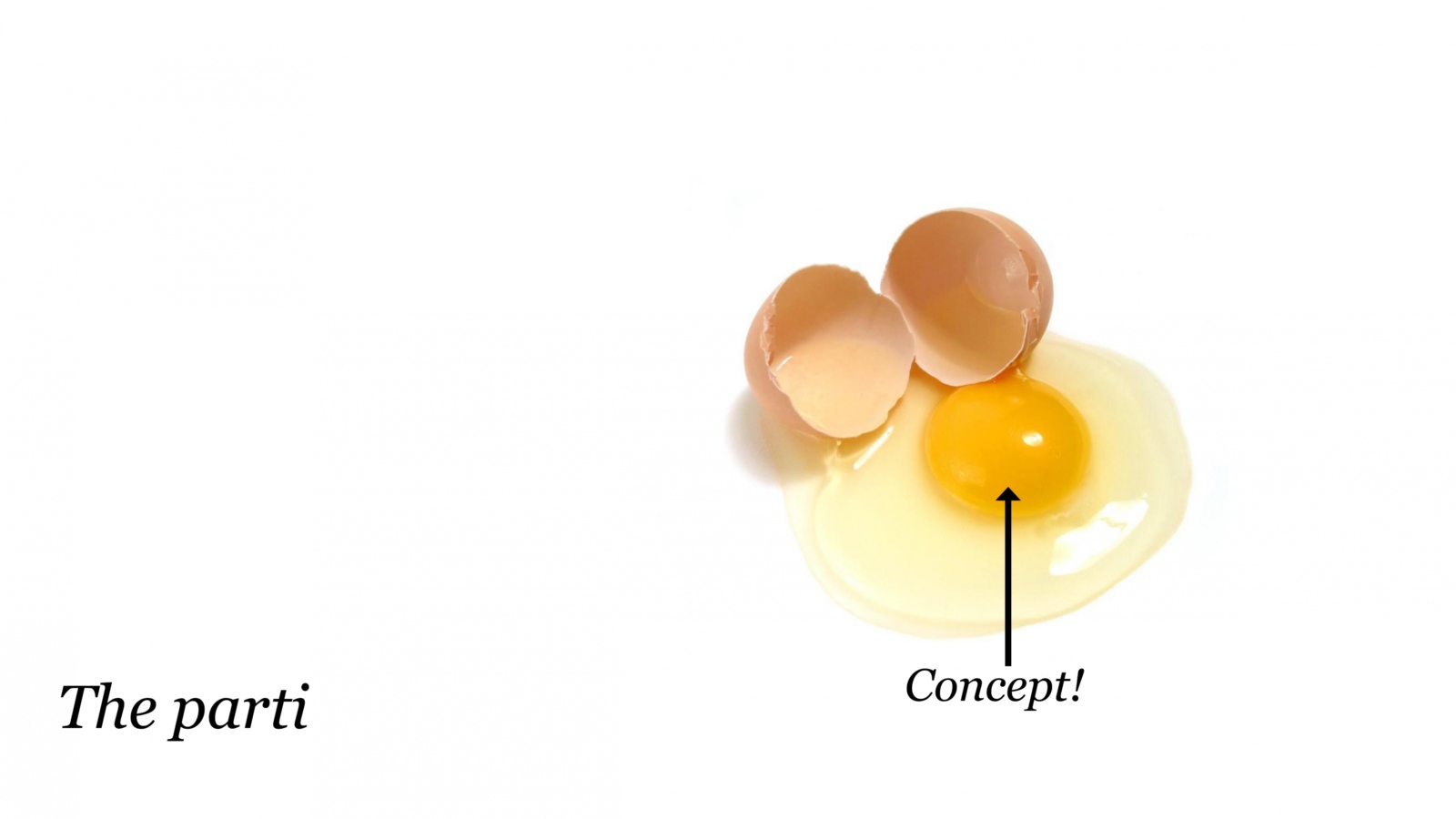 For the National Coast Guard Museum, Diagram is used to not only articulate the geometry of the sails along the water but also to illustrate the relationship between the museum gallery and the public armature that reaches back towards the railroad tracks and into the surrounding context. 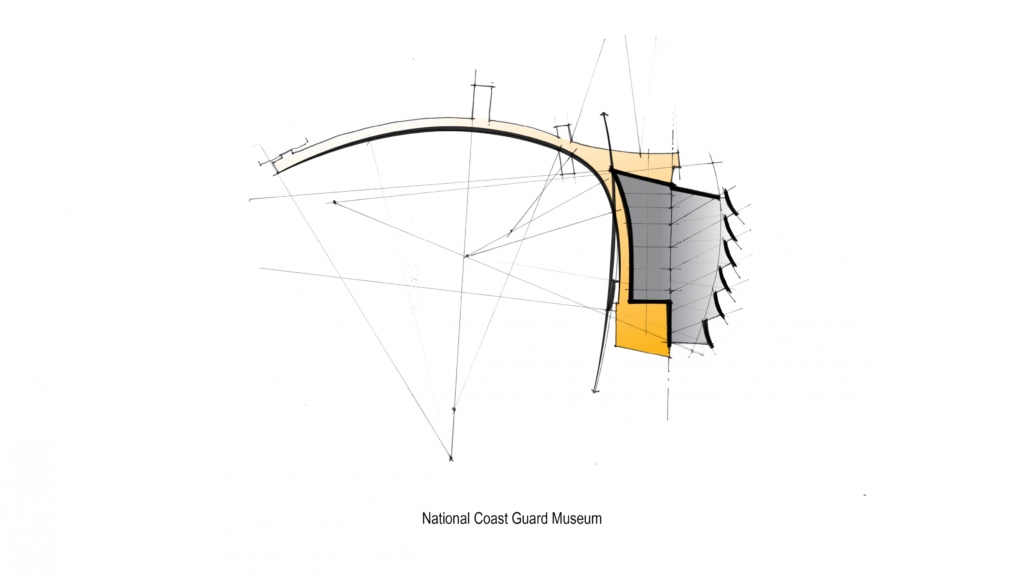 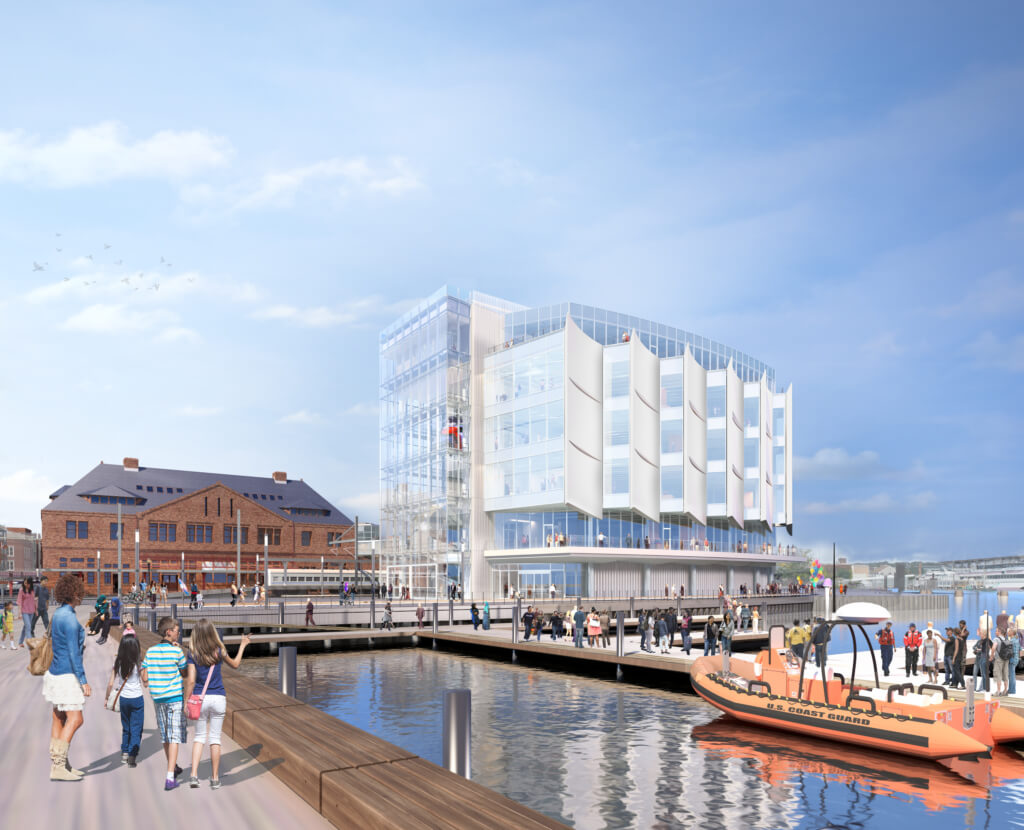 We also use the diagram to describe a specific design element, such as the ribbon like behavior of the public stairs at the Rockwell Integrated Sciences Center at Lafayette College. 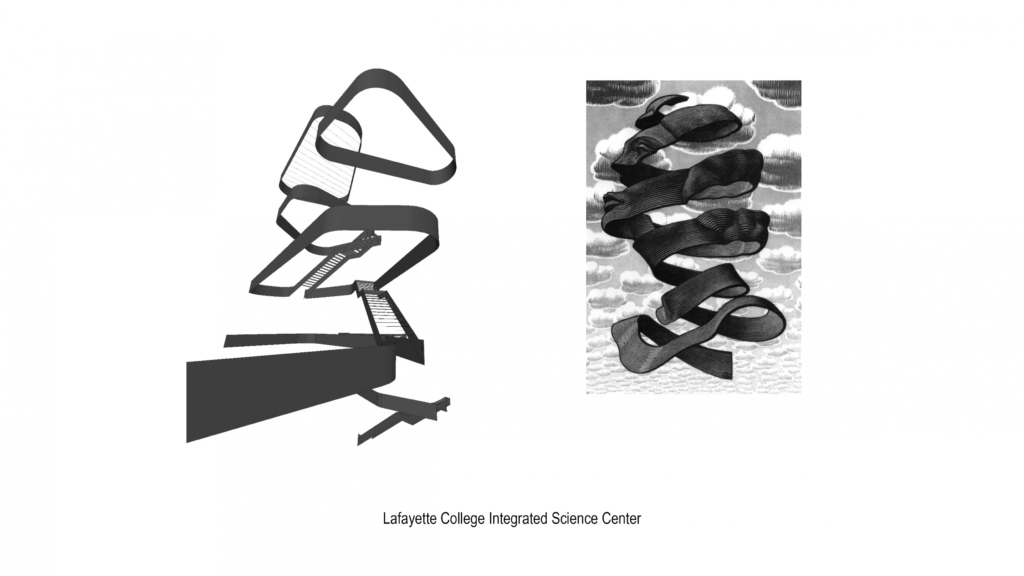 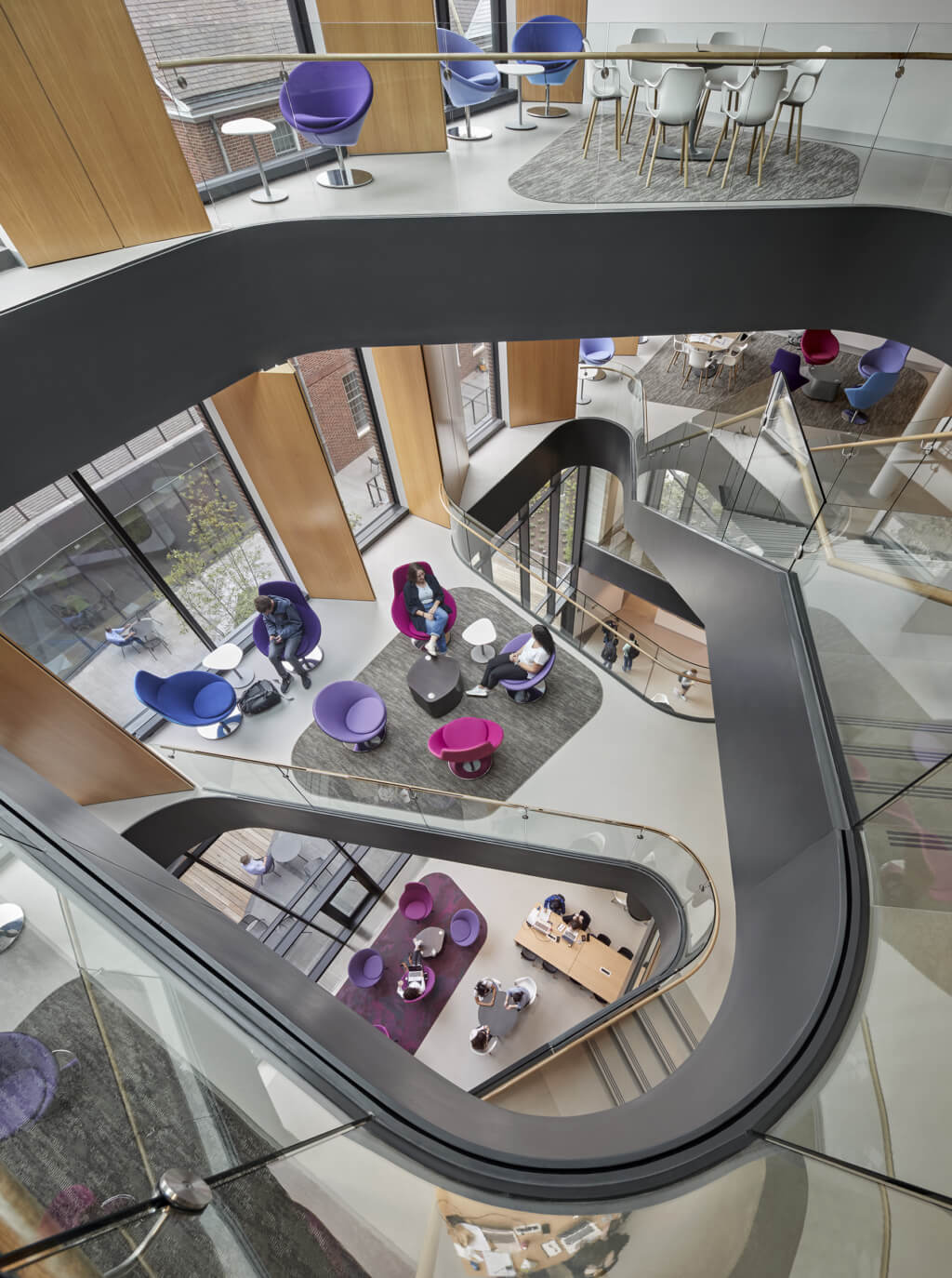 The evolution
Much like the step-by-step instructions of a recipe, we use the diagram to further develop a concept, often as a progression of subtle or calculated changes.

At the scale of the campus, Williams College Science Center considered the surrounding building fabric and campus connections to evolve the building massing; separating the three programmatic departments into separate masses, shifting them to break down scale and relate to the surrounding fabric, and ultimately linking them together through a series of interior social spaces that take advantage of the buildings’ site at the western edge of the main quad. At the scale of the site, the evolution of building form for the Bonney Science Center at Bates College, from programmatic massing to the ultimate geometry, is evident through a progression of direct responses to specific site conditions. At the scale of the building, massing diagrams for the Thomas Jefferson University Biomedical Research Building utilized a linear progression to simplify the complexity of the multi-faceted form. 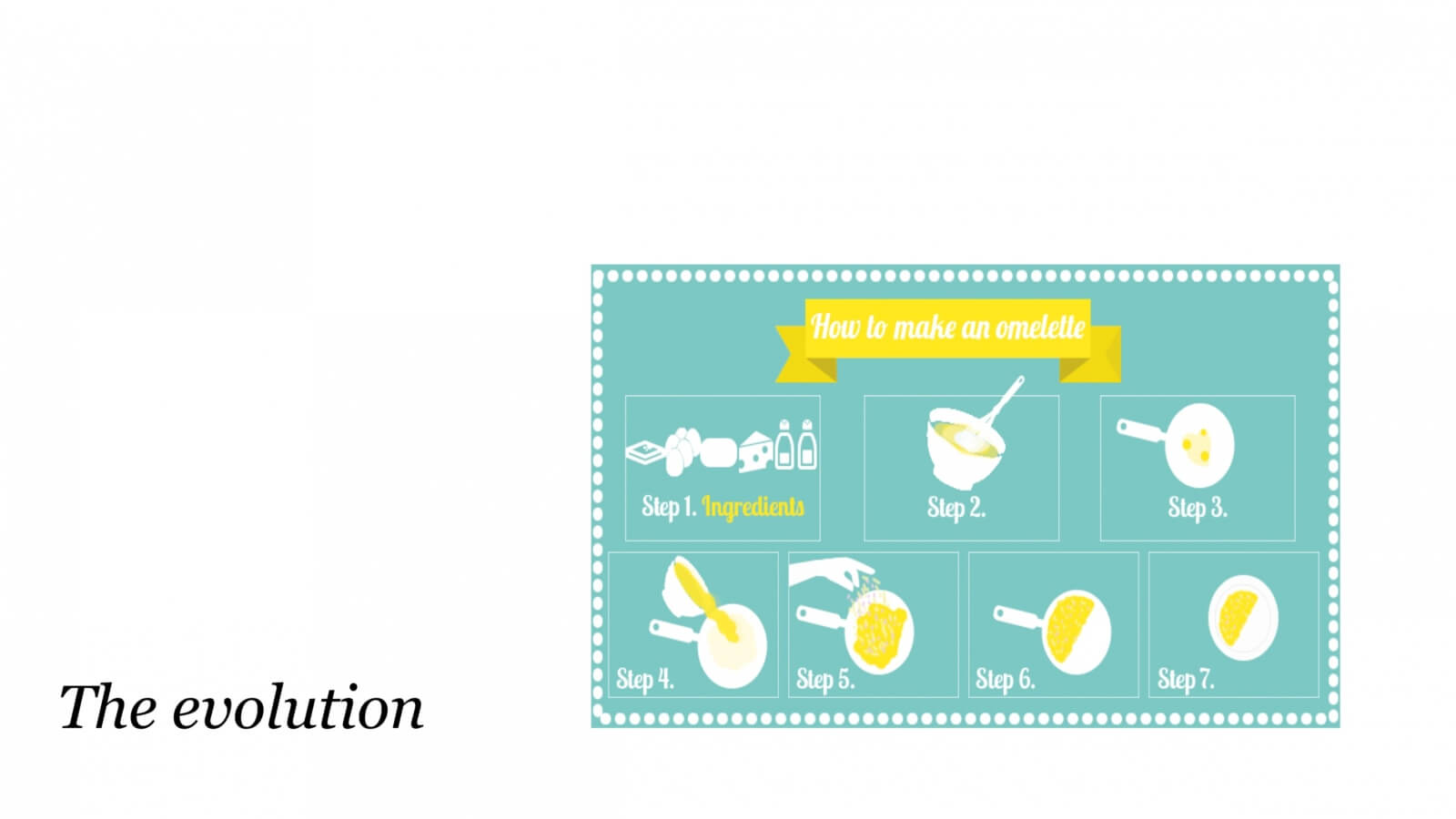 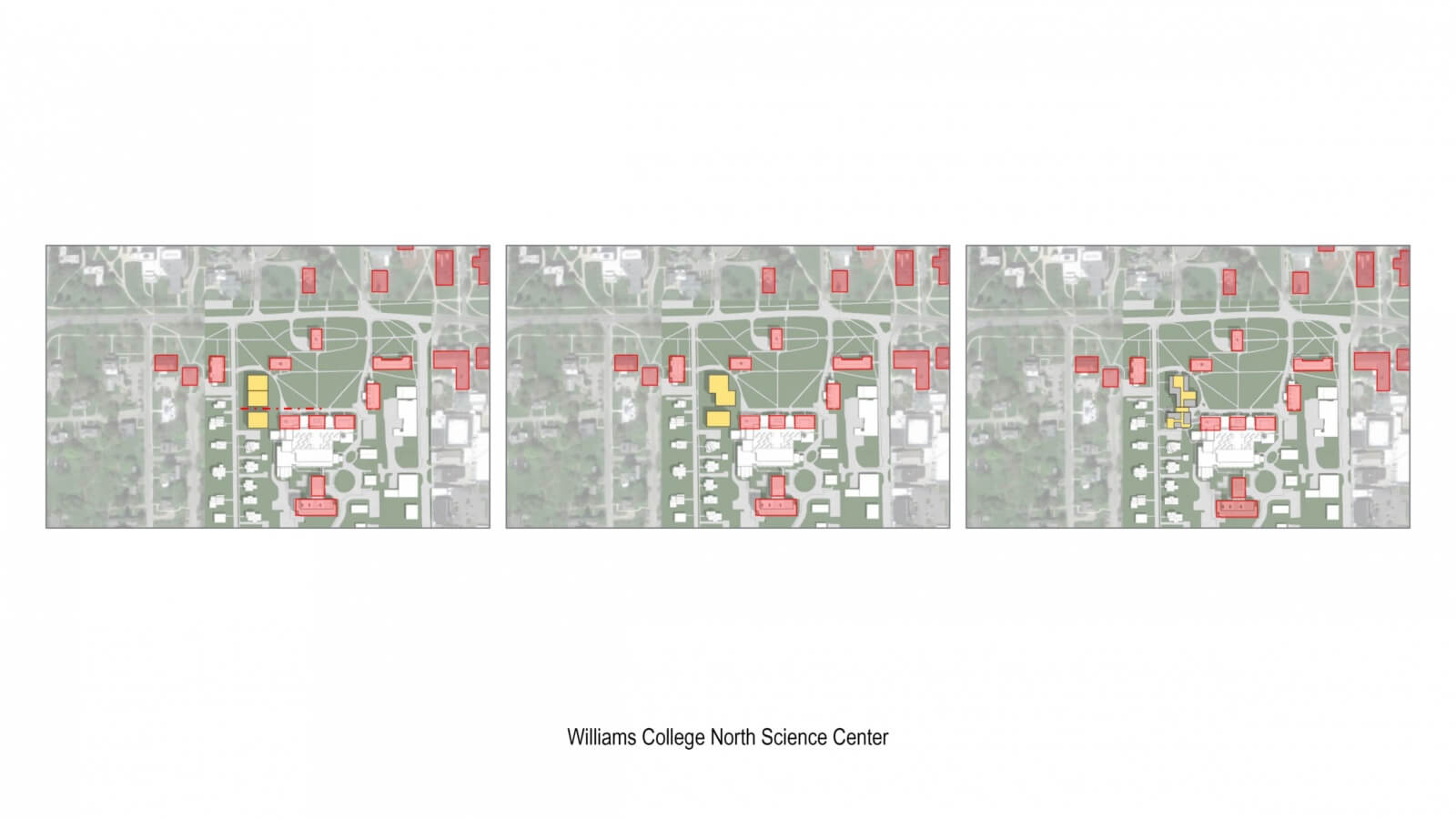 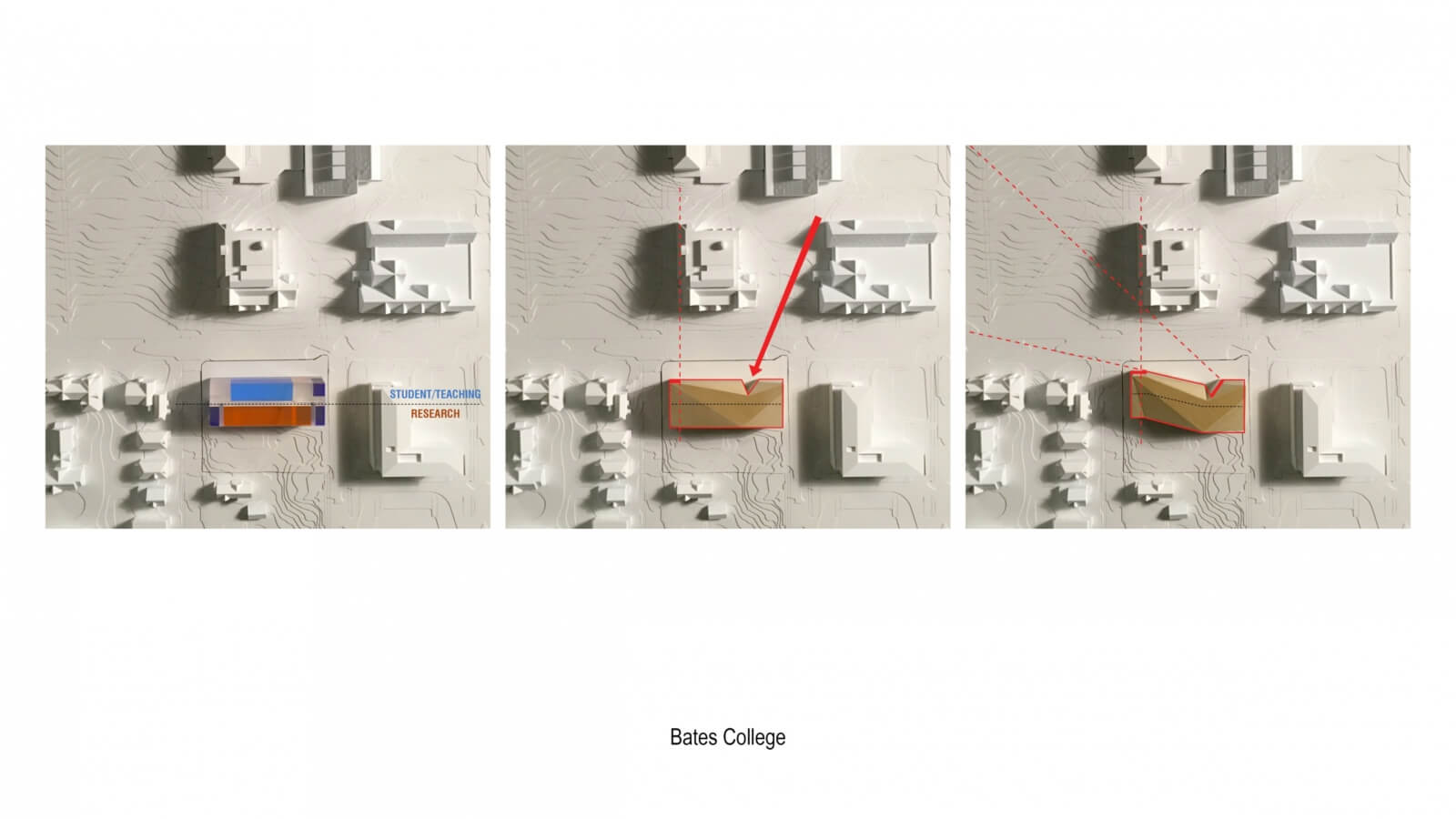 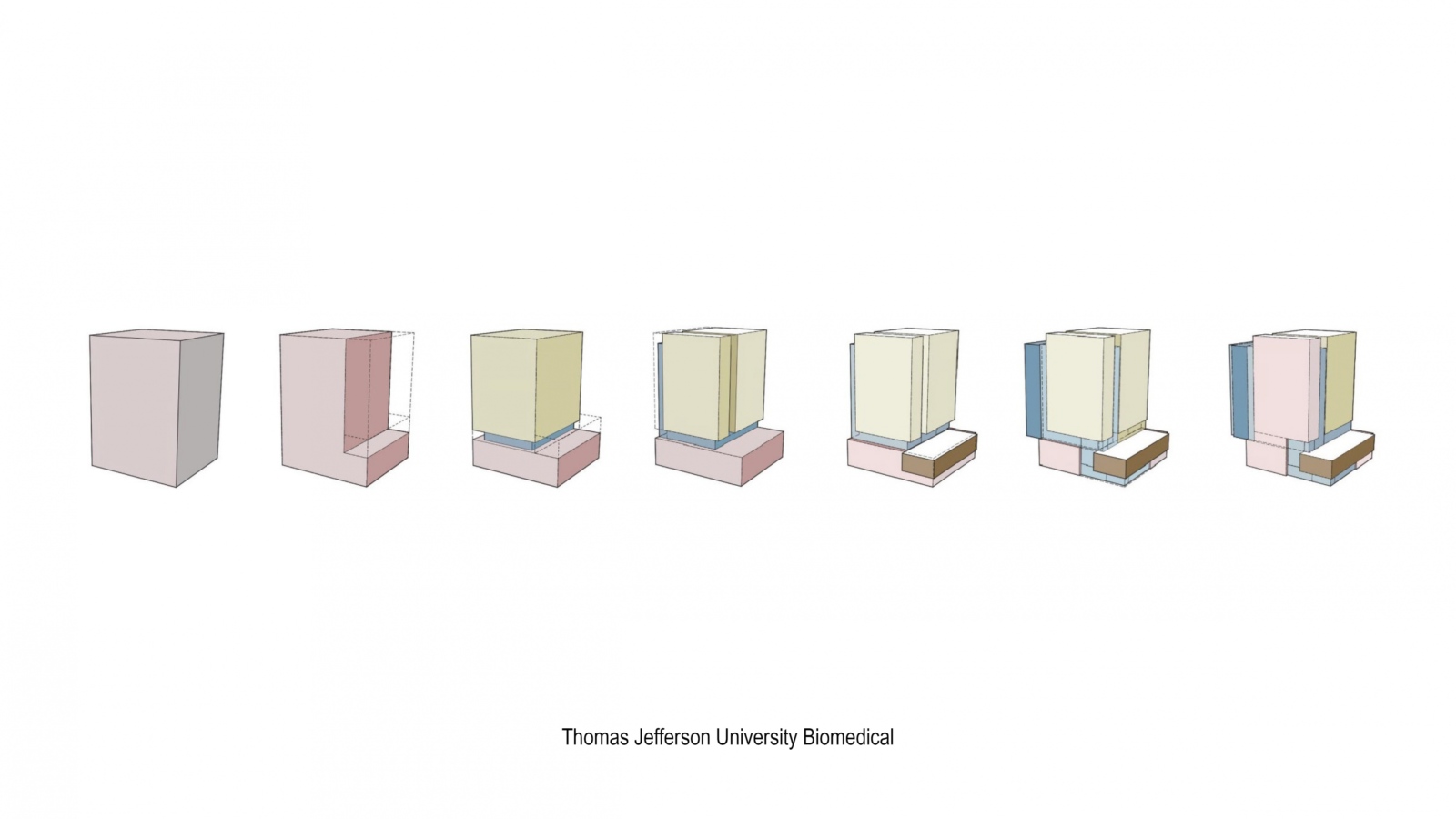 The assembly
We also rely on the diagram to clarify design moves. Cape Cod Community College for example is comprised of a series of smaller architectural operations. The assembly diagram clarifies each part. For the Schiller Institute for Integrated Science and Society at Boston College, the diagram is used to identify the link between seemingly disparate elements of a collegiate gothic façade and cutting-edge high performance interior program. 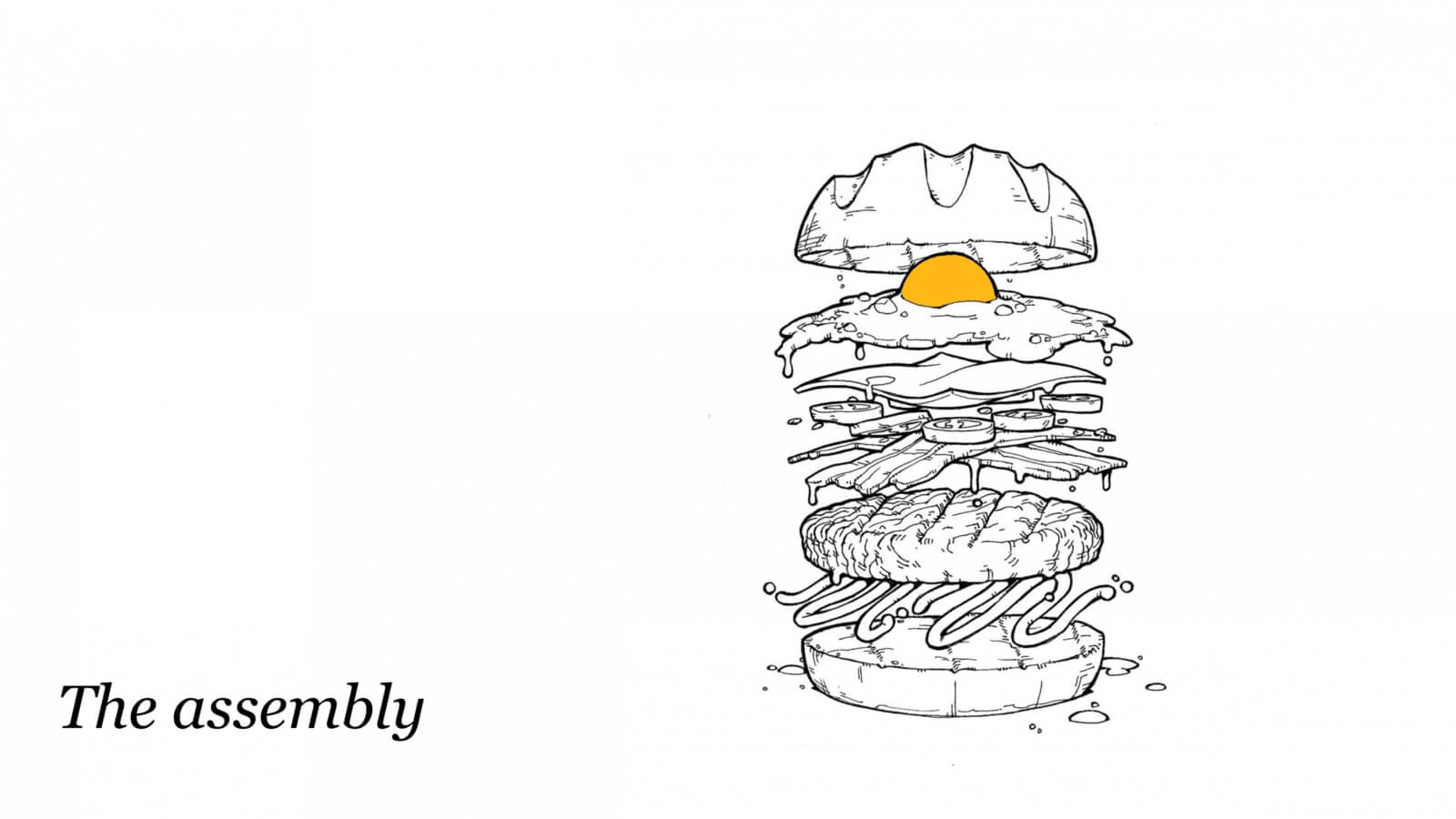 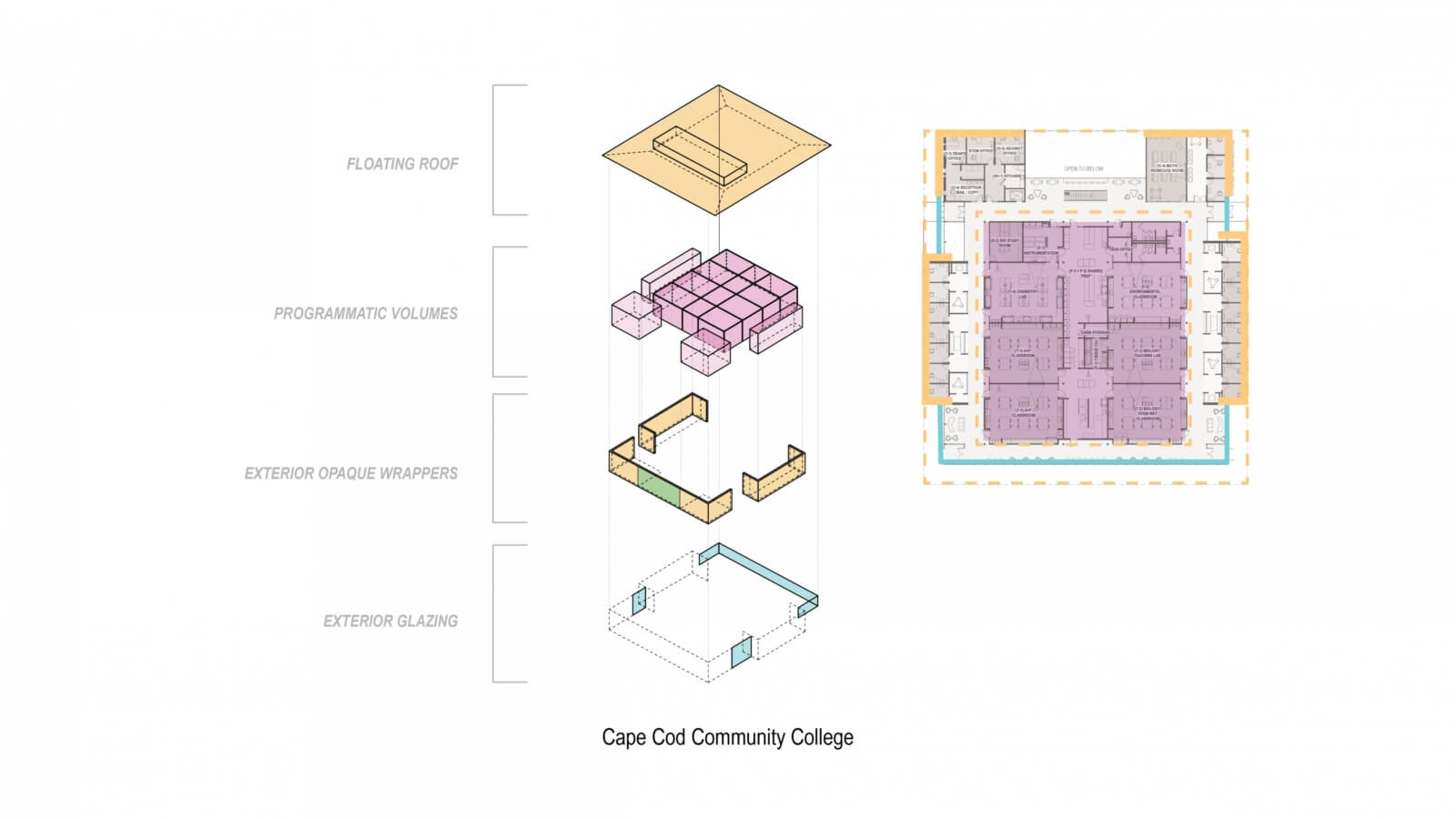 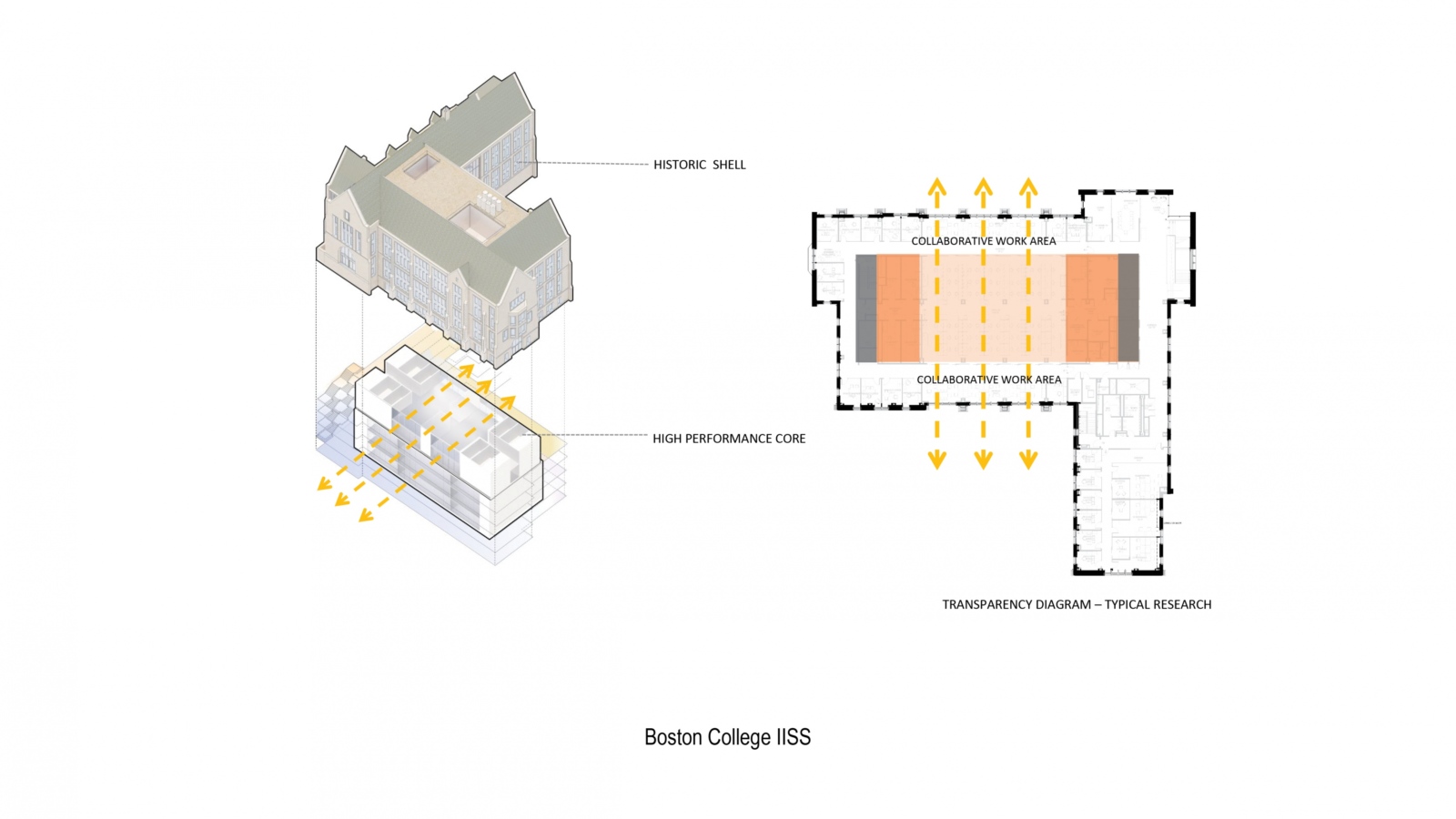 The analysis
As a firm driven by the performance of our designs, we also use the diagram as a method of studying data to inform decisions. This can be at the level of the master plan, in the case of a project at Columbia University. And at a more focused level, through the critical lens of building science, as in the case of a diagram for the National Coast Guard Museum to evaluate performance and develop the design of an unconditioned but transiently occupied space to ensure user comfort. 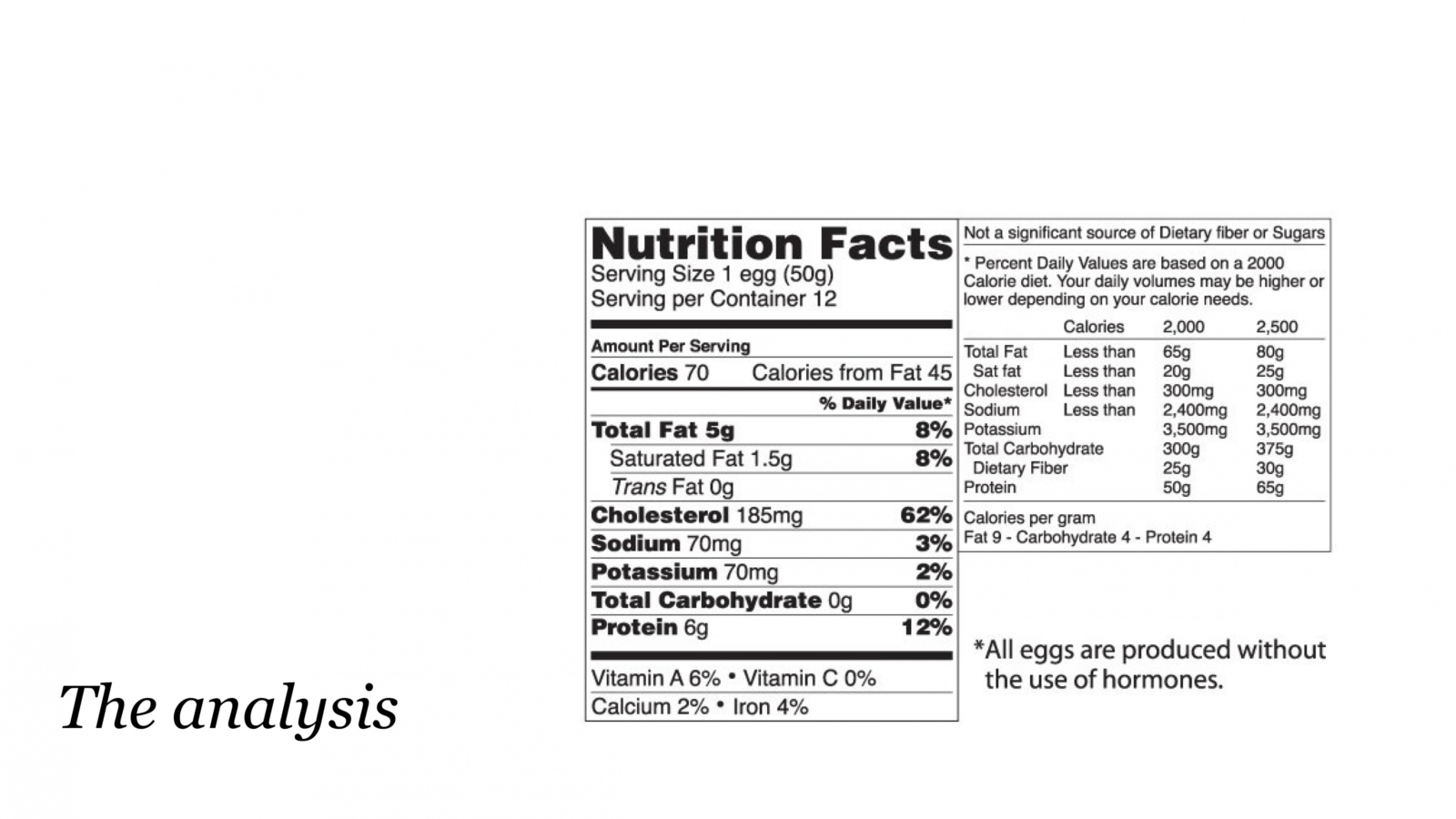 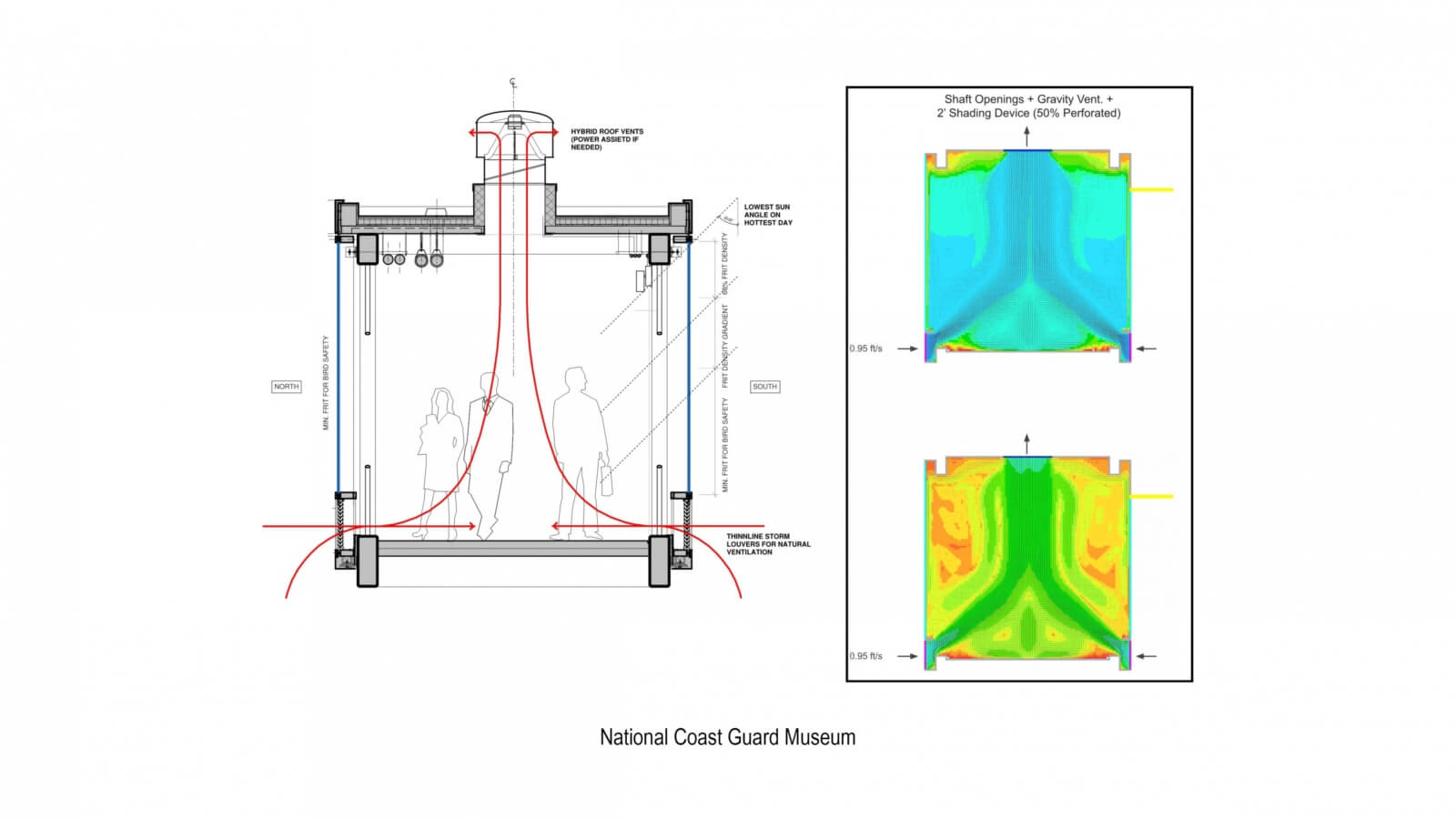 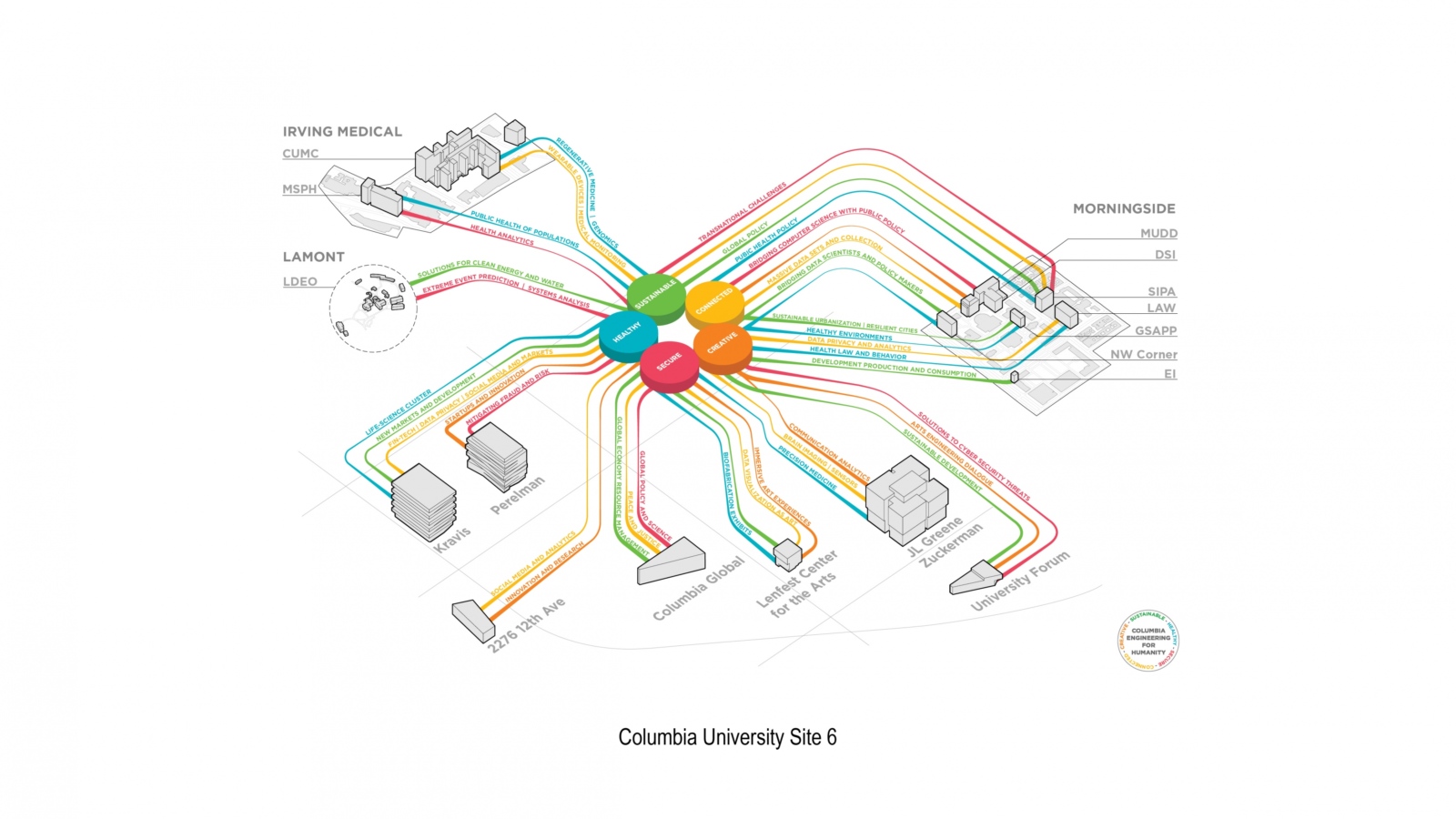 In summary
We begin with the parti, but acknowledge that the parti undergoes refinement and transformation. Even if the core concept remains intact, the manifestation of that concept tends to be quite different in the end. 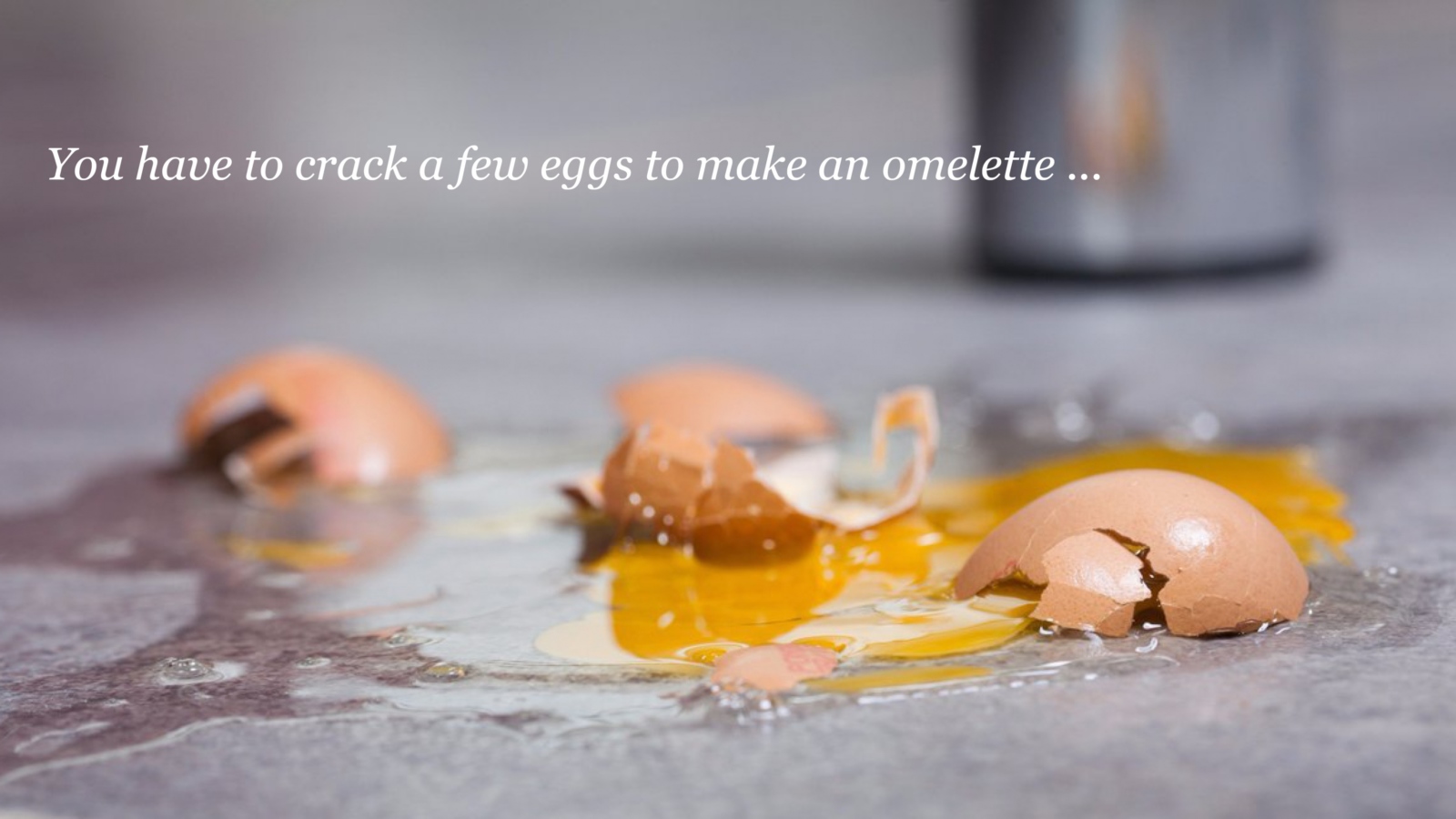 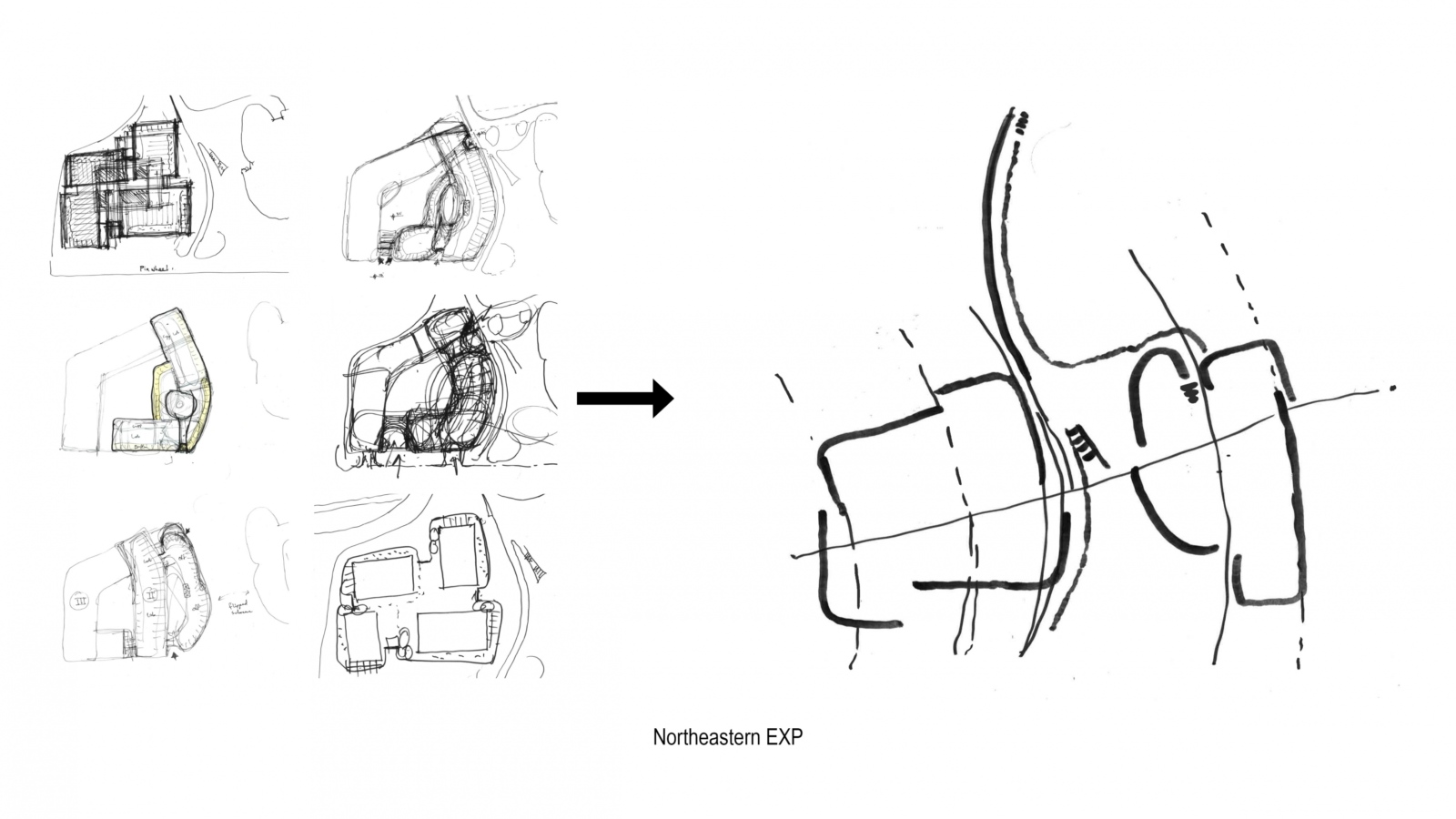