To kick off the project investigation, the design team joined Jen Atwood from ESMS on a guided tour of East Somerville. A quick MBTA ride from Payette’s downtown office landed the team at Sullivan Square – a convenient five-minute walk to the neighborhood. The team walked the entire main street, stopping frequently at local businesses and community centers along the way. Over the past few years, the neighborhood went through a streetscape renovation that expanded sidewalks and reduced drive lanes, creating an enjoyable boulevard for anyone walking down Lower Broadway. One of the most noticeable features of Lower Broadway is the multitude of murals along the main street. Beautiful, vibrant, pop-art lines the back of houses and brick walls heading north up Broadway. The team loved the idea of branding East Somerville as a mural haven, art centered district. 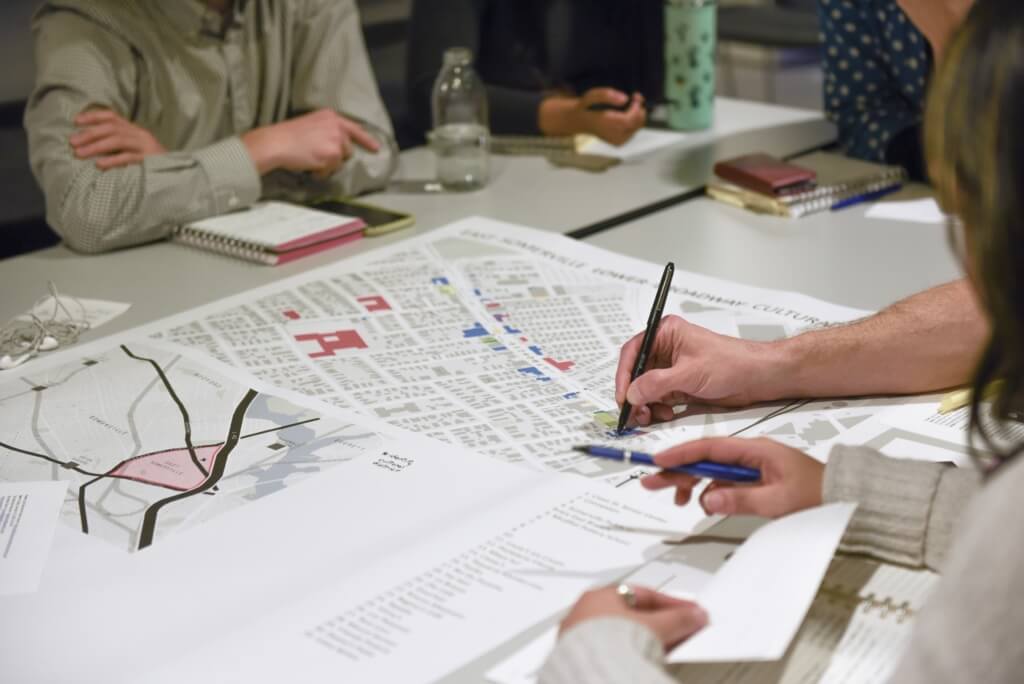 Reflecting on the East Somerville site visit, the team continued production on a Cultural Asset Map that would clearly and graphically layout the community’s unique attractions for the state-designated district application. Beyond curating the map, the team took note of intervention points that could be proposed for increased urban activation along the main street. During the working session on Martin Luther King Jr. Day, this point was revisited with ESMS and the team collectively agreed that Lower Broadway was missing key entry “portals” that could increase visibility and generate a more welcoming gateway into East Somerville. These “portals” would be a combination of landscape and mural/artwork that would encourage visitors onto the main street while additional portals would be used for gathering and community events. 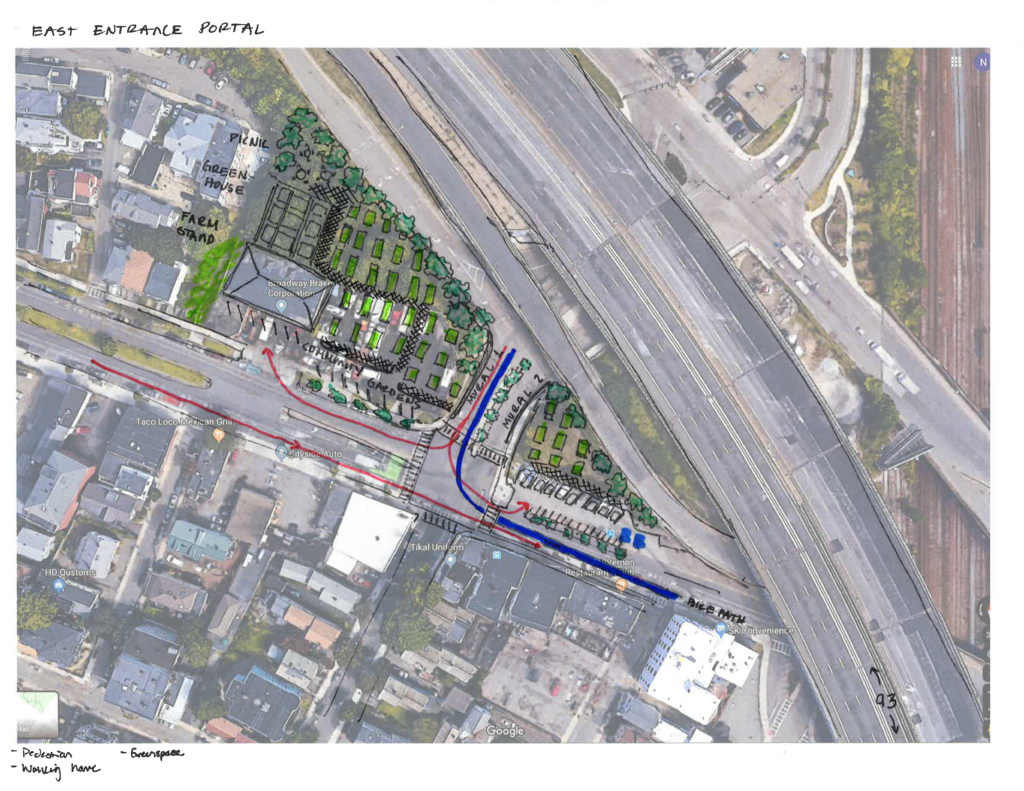 With Somerville growing at an exponential pace, the team recognized that future development will impact this area over the next few years. With any urban development, a fundamental goal is to grow in unison with the community instead of alienating the residents. As a response, the team created a Lower Broadway planning template to assist the community with developer communication. The guide would be used for advocating local resident growth alongside real estate development that celebrates and protects East Somerville’s diverse community. 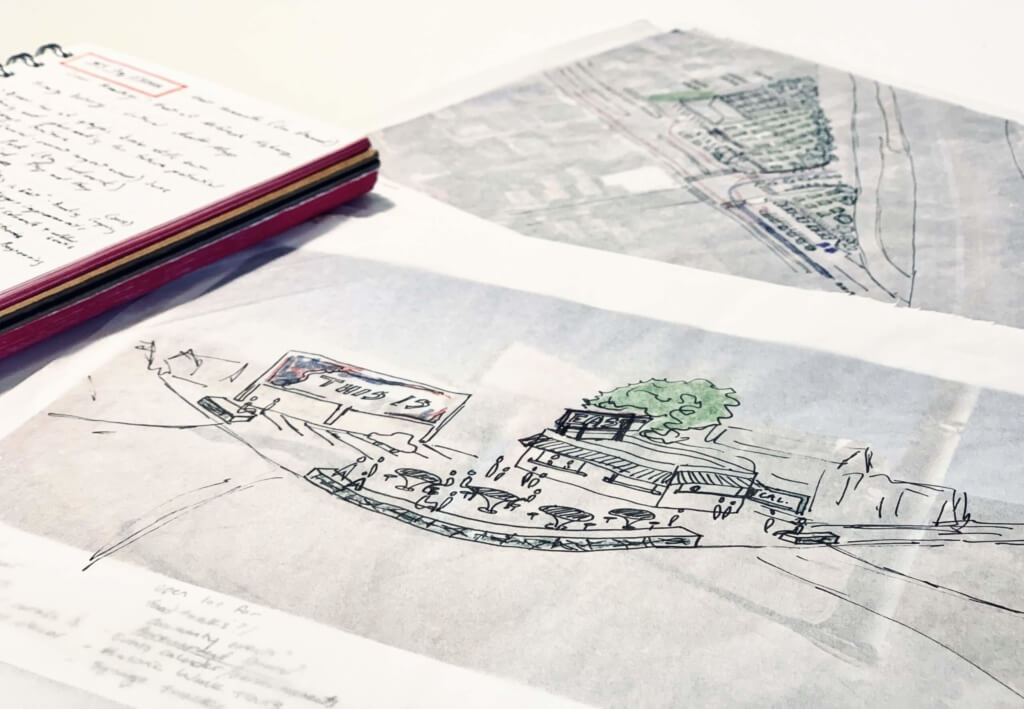