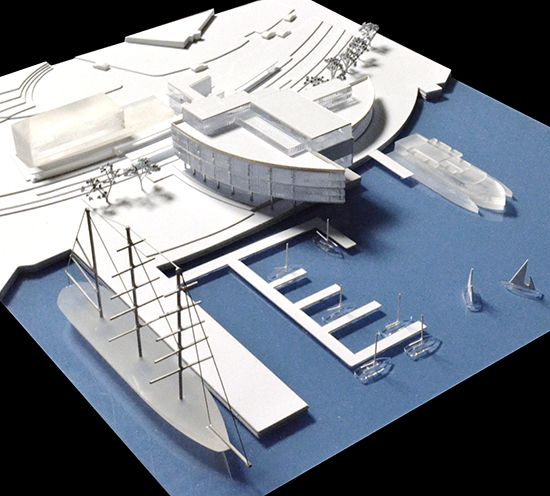 We are excited to be partnering with the firm of Gauchat/Santos on the new National Coast Guard Museum located on the Thames River waterfront in New London, CT. The 54,000 GSF museum will anchor a complex including a new terminal building for the Cross Sound Ferry and a pedestrian bridge linking the downtown to the city’s waterfront across the Amtrak rail lines. Local, state and national officials touted the project’s potential to have a transformative effect on the city and region at a public unveiling in early April. The goal is to break ground within 11 months and open the museum by late 2017.

The project intends to create a dynamic architectural space where the story of the United States Coast Guard can be told through interactive exhibits meant to engage the public. The building will be organized around a large atrium linking four floors of exhibits, event space, lecture rooms and café. A multi-story double-skin façade will face south onto the existing City Pier Promenade and beyond out to Long Island Sound.

This is a significant cultural project consistent with our focus on high technology buildings and specifically museums.