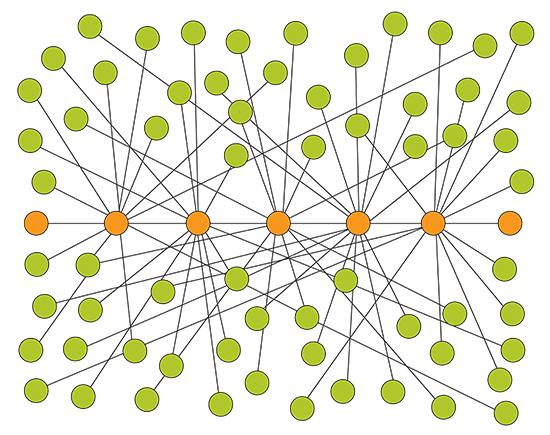 In the context how we define the connection economy, I led an Architecture Forum discussion about the value of social media as part of a business development strategy for architecture firms. We discussed the pros and cons of implementing social media. (View the presentation materials here). 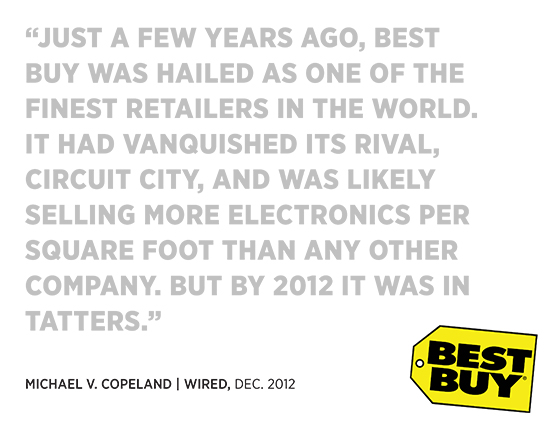 We looked at how business communication has developed and adapted alongside technology as well as how the internet is a game-changer across the board. I referenced the WIRED article, “Death by a Billion Clicks,” about the decline in sales Best Buy has suffered as showrooms become less and less popular in favor of price-comparison shopping on Amazon. By looking at how the internet has already changed our individual, everyday behavior and the way we consume news, our discussion established that we’ve entered a new era of communication and information consumption.

We discussed the pros of social media as a way to amplify a firm’s online footprint and as another avenue for touch-points with potential clients, staff and consultants. Furthermore, I shared the potential negatives to implementing social media such as, the time invested, reduced control over one’s message, the chatter out there and the perception that social media is just for “kids.” Lastly I shared two case studies from Amanda Walter and Holly Berkley’s book, Social Media in Action. We examined Edgewater Resources’ use of Facebook to reach community groups and HMC Architects implementation of a blog to change the perception of their firm. 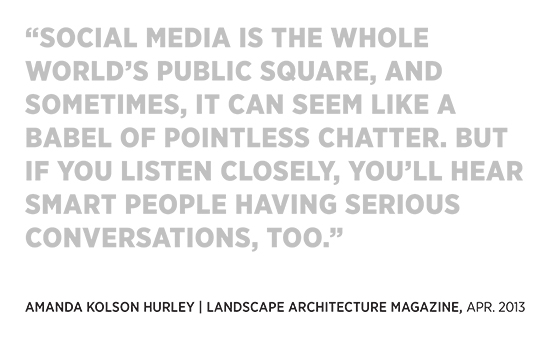 With all these examples, I opened the discussion up to the group, prompting with a few questions:

Our lively discussion covered hesitations, frustrations and discoveries. With this new reality on our hands of changed expectations regarding easy access to information and a desire for the outside to look in and understand individual firms, we discussed possible ways to better reach audiences. We discussed using an online platform to engage and start conversations with user groups in ways beyond site visits and surveys.

There are no quick answers about exactly what to do. One of the reasons I think social media is such an exciting outlet is because there is no road map. Anyone can do as much or as little as one would like with it. I think as a component of a firm’s overall strategies to reach out to target groups, social media can be a great tool. It is not the quick-fix solution, but it can create connections where they didn’t exist before.

Social media as a valuable tool is a part of our on-going conversations and we’d love to hear what you think – what are your experiences? What’s working? What are examples of blogs you love? What is your social media modus operandi?

The idea is so splendid