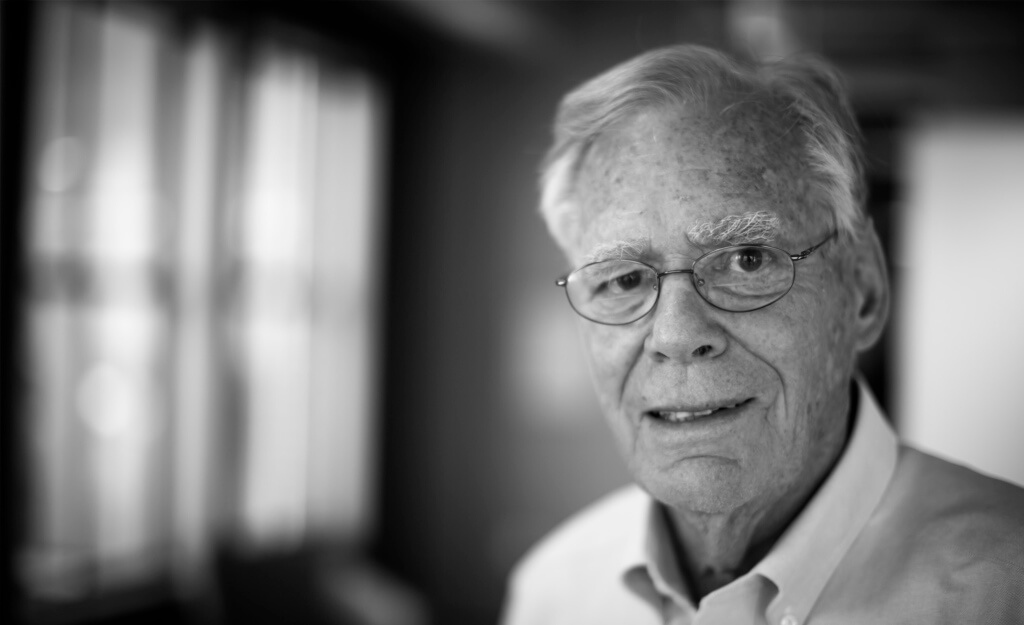 THOMAS PAYETTE FINANCIAL AID FUND
During the spring of 2017, the Harvard University Graduate School of Design (GSD) celebrated the creation of the Thomas Payette Financial Aid Fund. Established by GSD alumni at Payette, President and CEO Kevin Sullivan and Partner Leon Drachman, the fund honors the legacy of the firm’s namesake, Tom Payette. An important part of the GSD’s Grounded Visionaries campaign, this new fund furthers the school’s goal of making design education more accessible and giving graduating students the freedom to make career choices based on their passions, rather than their student loan obligations.

Getting to Know Tom Payette, FAIA

#PayetteForward: Reflecting on our Roots 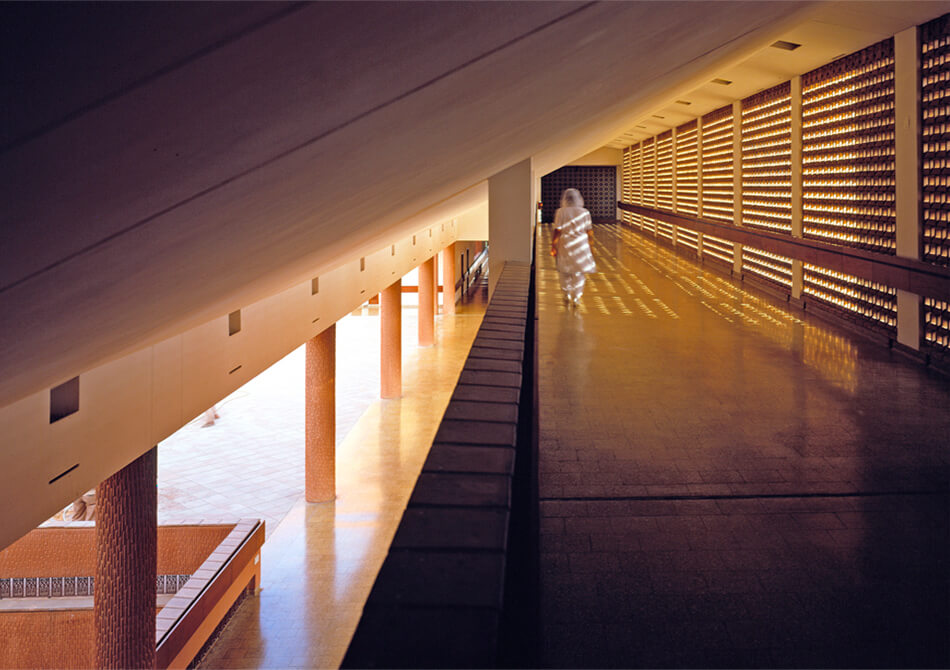 Designing for Healthcare in the Developing World

Designing for Healthcare in the Developing World 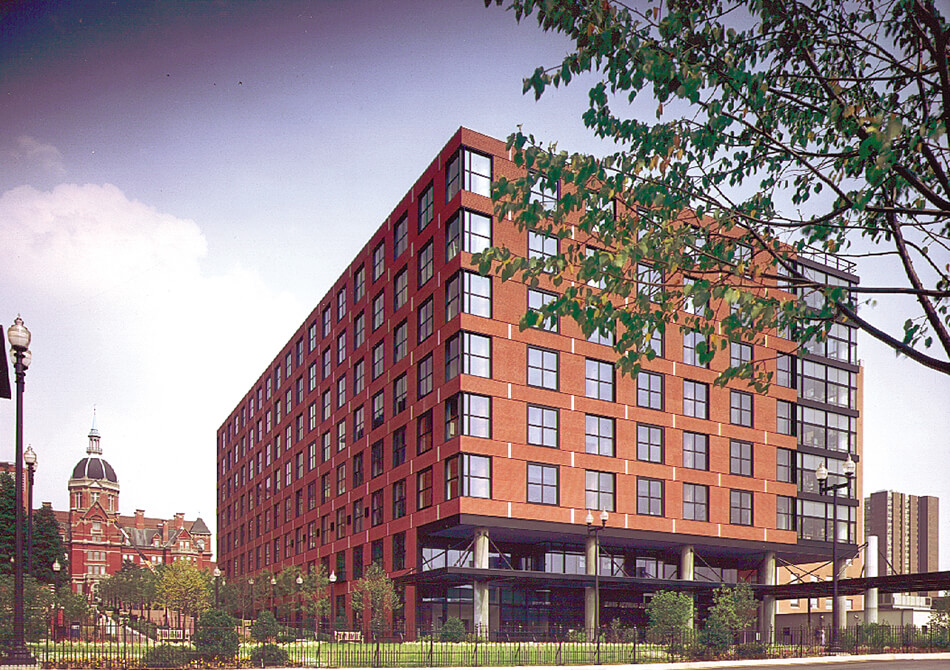 Getting to Know Tom Payette

Getting to Know Tom Payette 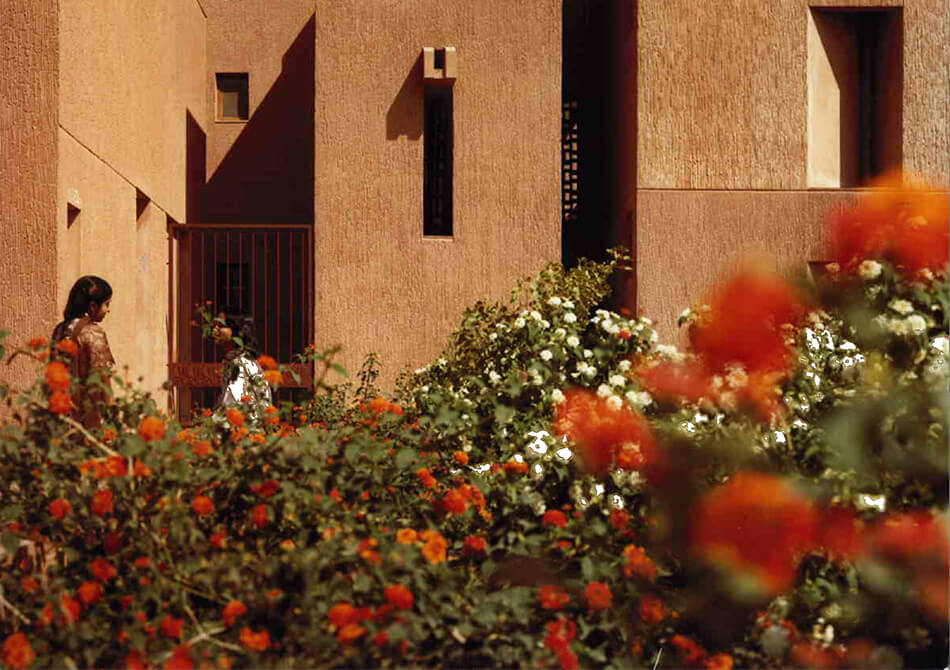 It's a tricky thing to balance the institutional and human scales. Tom's architecture makes it look easy.

GETTING TO KNOW TOM PAYETTE
Tom Payette knew the financial strain of graduate school firsthand. He attended the GSD in the late 1950s, after earning a Bachelor of Science, magna cum laude, in structural engineering from Michigan State University. When he started his Master of Architecture at Harvard, he and his wife Virginia (Ginny) had one child; by the time he graduated four years later, they had three more. Tom worked full-time through his graduate school years to support his young family. When Fred Markus and Paul Nocka, of the Boston firm Markus & Nocka, hired him upon his graduation in 1960, Tom requested an advance on his salary. When they asked why, he said, “Because we like to eat.”

Tom’s thesis at the GSD focused on hospital design, and it attracted the attention of Markus and Nocka, who were on his final jury. In his early years at their firm, Tom quickly made his mark on its design ethos, bringing the late-Modernism of Josep Lluís Sert – dean of the GSD during Tom’s time there – to bear on early projects like Falmouth Hospital and Salem Hospital.

During this period, Tom also taught design studio at the Rhode Island School of Design, and he seriously considered leaving practice to teach full-time. But in 1965, Fred and Paul offered to make him president of the firm, an astonishing opportunity that Tom – who was only 33 years old – simply could not pass up, despite his love of teaching. He spent the next three decades building on the strong foundation in healthcare design that Fred and Paul had laid. His boundless energy in experimenting with how design embodies underlying programmatic intentions was fed by a deep understanding of the intricacies of hospitals learned from working with them.

Less than 10 years after graduating, Tom had an opportunity to revisit some of the key ideas of his thesis project in the design for Leonard Morse Hospital in Natick, Massachusetts. He continued those design explorations in a series of hospitals in New England during the 1970s. Building on their success, he expanded the practice from 40 people in 1970 to over 100 in the mid-1990s, setting the stage for further growth through the next 20 years. This growth was fueled by his investment in people, giving young architects ample opportunities to grow in much the same way that he had benefitted from his predecessors.

For over 50 years, Tom was at the forefront of healthcare and science design, pioneering ideas and innovations that have transformed these building typologies and molded Payette into the firm it is today. Throughout, his mantra was always, “Architecture is for people, not for the gratification of the architect!” His work shows that he meant it. Tom’s architecture is deeply humanistic, distinguished by an intimate connection to landscape, ample daylight and views to the outside, spatial and organizational clarity, and a warm, robust sense of materiality. These buildings are friendly and welcoming, simple and humble. Yet they can be grand and monumental when they need to be, as is apparent in the Aga Khan University campus in Karachi, Pakistan, a seminal project for Tom and the firm that started in the early 1970s and continues today through numerous additions and expansions.

Tom’s focus on people, both in his design philosophy and personally, underscores something that lies at the heart of his career: his generosity. It is seen in how he provided opportunities for young professionals; shared credit and took genuine pleasure in the successes of others; and, having built a successful practice, stepped back so that the firm could continue to grow and take on a life of its own. 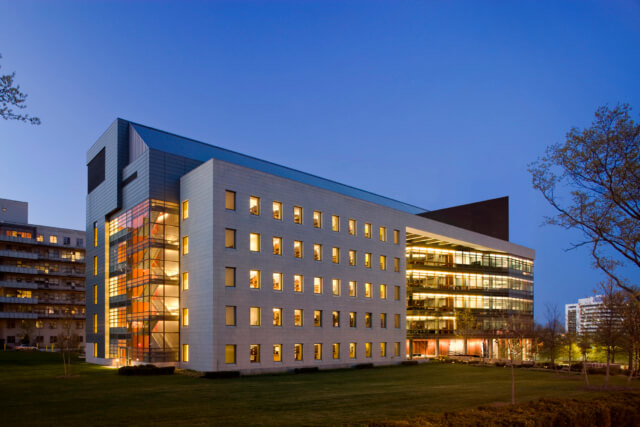 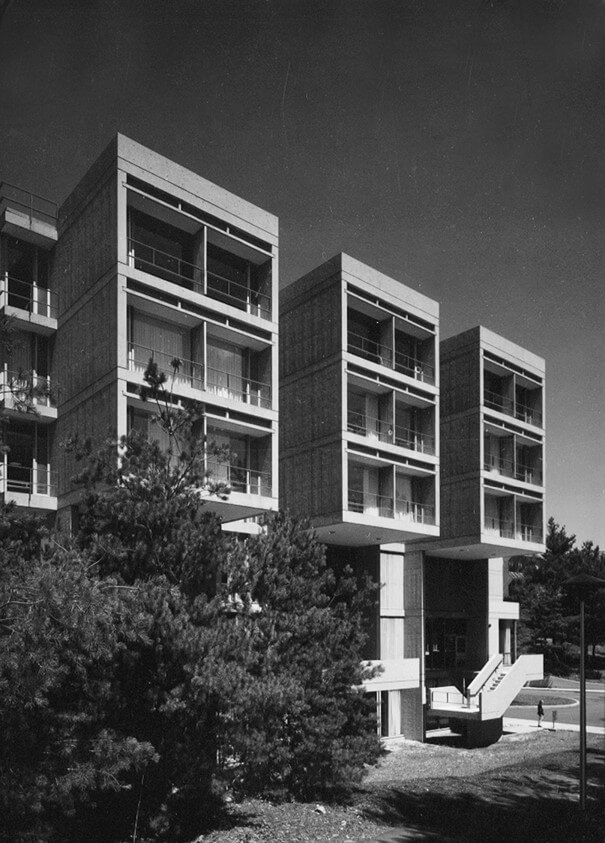 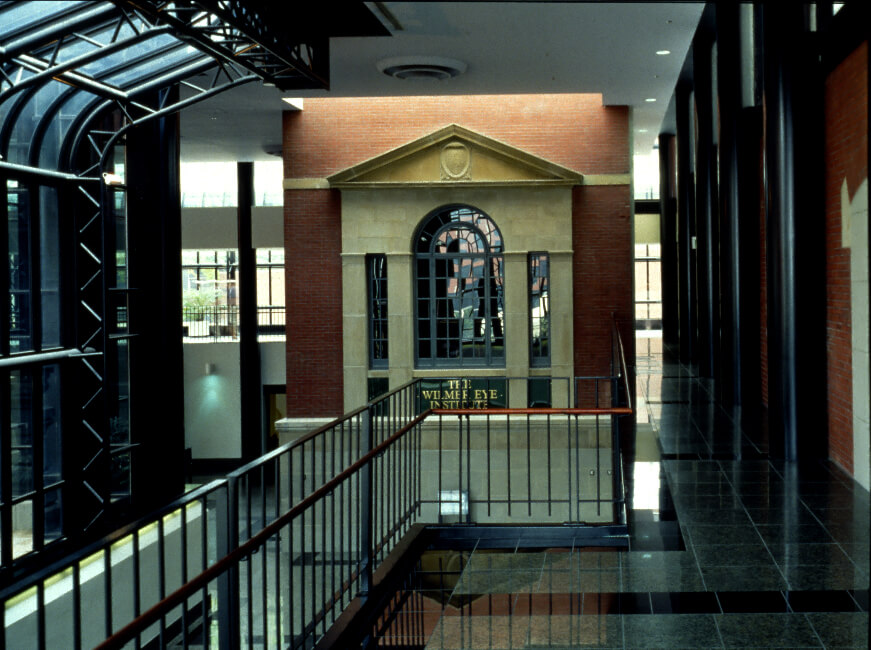 #PayetteForward: Reflecting on our Roots 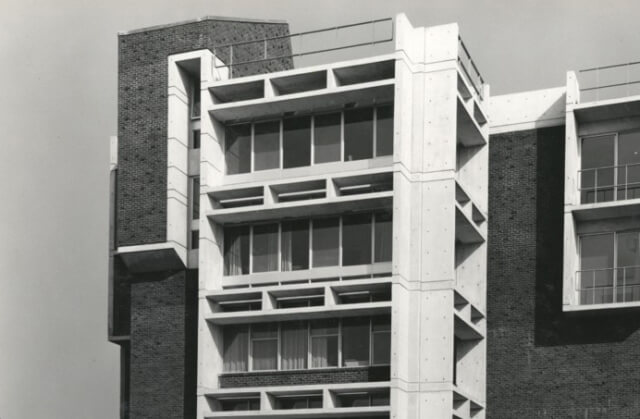 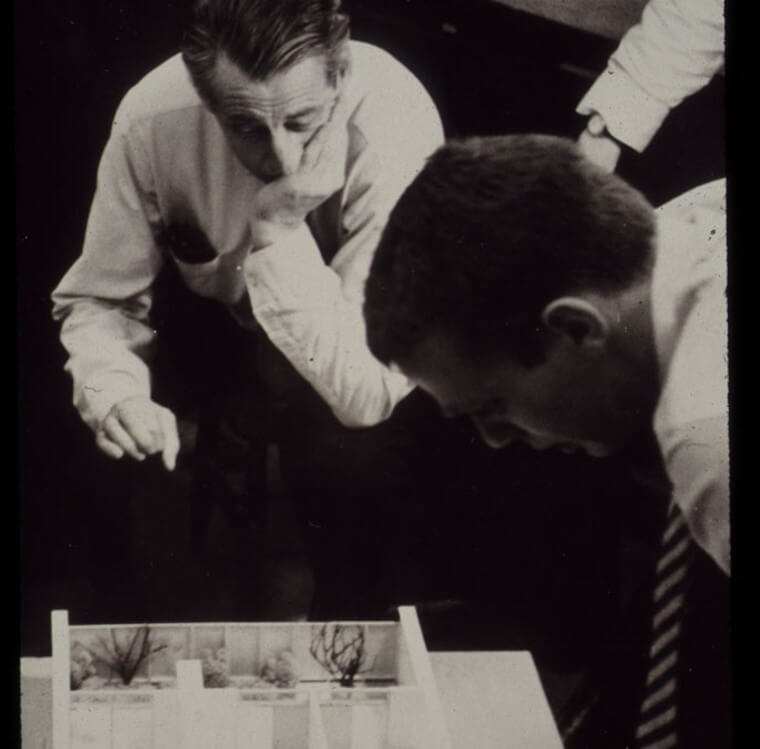 Tom Payette with Serge Chermayeff in the mid 1950's during a critique at Harvard. 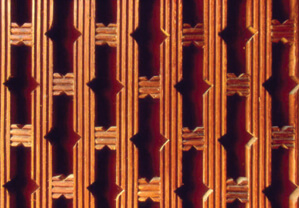 Detail of a mashrabiyya screen at Aga Khan University 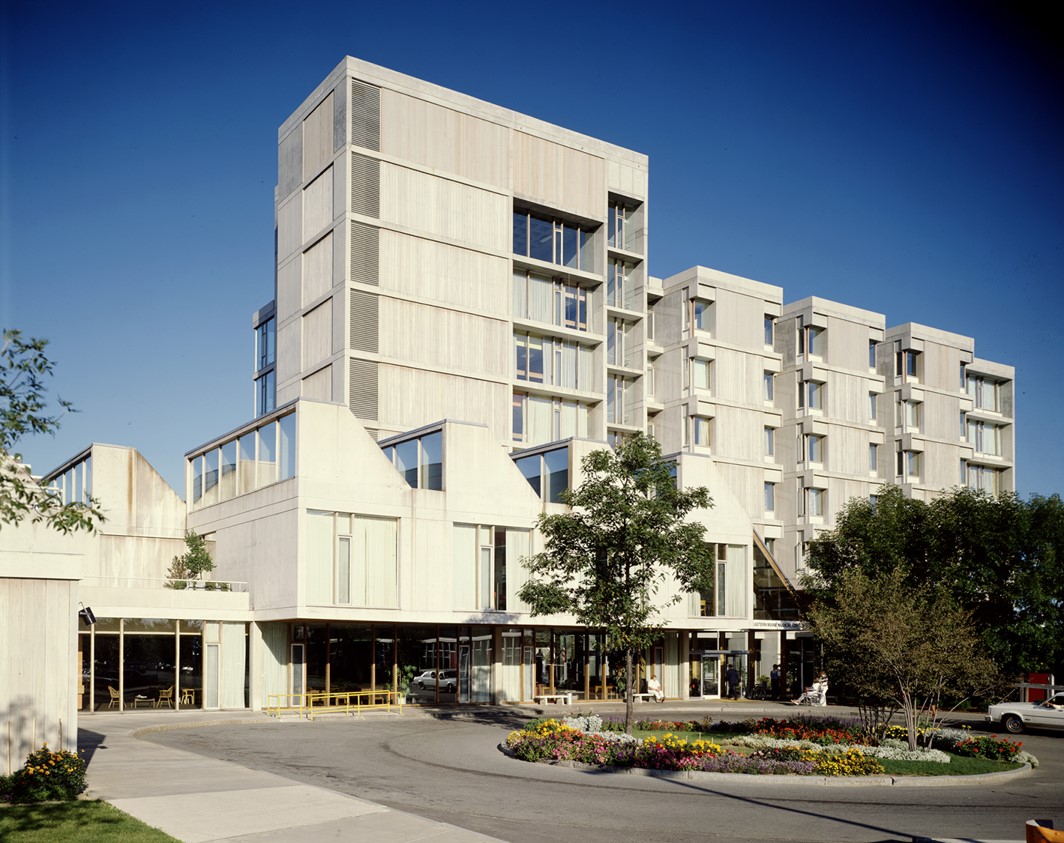